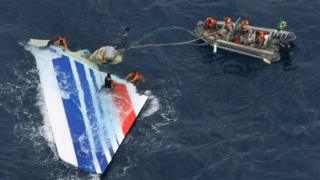 Magistrates in France have dropped charges against Air France and Airbus over a mid-Atlantic plane crash in 2009 that killed all 228 people on board.

The Airbus 330 aircraft flying from Rio de Janeiro to Paris stalled in a storm and plunged into the ocean.

On Thursday, the magistrates looking into manslaughter charges brought by victims’ relatives decided that there were not enough grounds to prosecute.

They blamed the plane’s crew for losing control after speed sensors froze.

The main association of victims’ families called the magistrate’s decision an “insult to the memory of the victims” and announced plans to appeal, AFP news agency reports.

In 2012, a civil investigation found a combination of technical failure and human error had led to the loss of Flight AF447 on 1 June 2009.

The report by the French aviation authority highlighted faults with the Airbus 330’s air-speed sensors which confused the pilots.

But it also pointed to inappropriate action by the pilots.

One of the mistakes of the crew was to point the nose of the aircraft upwards after it stalled, instead of down.

The accident is the worst disaster in the history of Air France.

Since the crash, Air France has replaced the speed sensors on its fleet of Airbus jets with a newer model.