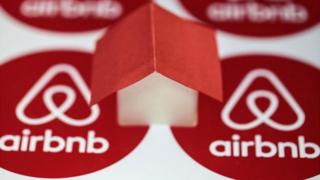 Airbnb will no longer allow under-25s in Canada to book whole properties in their local area, to try to prevent potentially violent house parties.

The new rules follow a shooting at a Toronto Airbnb booking last week in which three people were killed.

Violence occurred with a very small percentage of bookings, the firm said, but the numbers rose at reservations booked locally by young people.

If successful, the rules could be applied in other countries.

Last week, three men aged 19, 20 and 21 were shot dead at a flat in Toronto prompting the firm to take action. Earlier in January, an 18-year-old was also killed at an Airbnb-rented house in Ottawa.

Toronto’s mayor said the new policies being piloted in Canada still fell short of what was needed. John Taylor called for the company to speed up the introduction of new rules governing short-term rentals in the city which he said would provide a “significant contribution to cutting down… dangerous activities”.

Canadians of any age will still be able to book rooms in other people’s houses and hotel rooms. But under-25s will only be able to book whole properties if they have a track record of positive reviews on Airbnb.

In addition, Airbnb is also introducing a 24-hour neighbourhood support telephone hotline, so neighbours can flag up concerns.

The aim is to curb the use of Airbnb properties for “unauthorised parties”, Airbnb senior vice president Chris Lehane told a press conference.

“We have a 0.3% incident rate across our platform when it comes to issues involving property damage and a 0.6% incident rate when it involves personal security issues,” he said.

“Those numbers get higher when you’re looking at… reservations made by people under 25… within the community they live in.”

Airbnb said it would “continue to deploy additional security measures to further strengthen the platform in Canada and around the world”.

Late last year, the company said it was introducing a global ban on party houses and introducing enhanced tools to prevent unauthorised parties taking place. It has suspended some listed properties as a result of the new policy.

That move followed an incident at a Hallowe’en party in California last year which left five people dead.

Last month, Airbnb said it would invest $150m to bolster safety measures, including 24-hour hotlines for upset neighbours and noise detectors. The company also said it would tie staff bonuses to progress on safety. Airbnb has also pledged to check the listings of all seven million properties on its platform to make sure they are accurate. It will do this using a mixture of algorithms, guest feedback and walk-throughs.

The company is addressing concerns from local governments and cities as it prepares to list on the stock market later this year. The group has a private valuation of $30bn, according to research firm Pitchbook.

Airbnb said it was ”closely monitoring” the coronavirus outbreak in China and would refund guests without charges in affected areas.