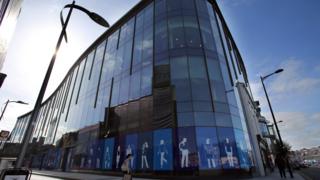 An EU court is hearing appeals against a decision to order Ireland to recover £11.5bn of unpaid taxes from Apple.

In 2016, the European Commission found an agreement between Dublin and the technology giant was against EU law.

It said the Irish government allowed Apple to attribute nearly all its EU sales earnings to an Irish head office that existed only on paper, thereby avoiding paying tax on EU revenues.

Both the Republic of Ireland and Apple are appealing against the ruling.

Why would any government want to turn down a €14bn tax windfall?

For Ireland, the motivation is twofold: First there is the desire to disprove claims that it acts, or has acted, as a tax haven.

The country has faced increasing criticism of its corporate tax policies, with the American economist Gabriel Zucman leading the charge.

He has accused Ireland of being “the world’s number one tax haven”.

Secondly, Ireland wants to demonstrate to multinational investors that the country is a safe and predictable place to do business.

“The activities of these two branches in Ireland simply could not be responsible for generating almost all of Apple’s profits outside the Americas”, he added.

The European Commission argued Ireland allowed Apple to reduce substantially its tax bill in a way that gave the technology giant a selective advantage over other companies located in Ireland, said Laura Treacy, a Brussels-based partner at Irish law firm McCann FitzGerald.

“The two companies in question were really the revenue generating companies for all of Europe. They happened to be located in Ireland,” Ms Treacy told BBC Radio 4’s Today programme.

“They were established in Ireland, but importantly, they were non-tax resident in Ireland and, as a result, they were not required to pay income or corporate tax on their worldwide profits but rather only on the profits that were attributable to the Irish operations.”

The iPhone has been one of Apple’s most successful products

The Irish state argues the EC has misunderstood the Irish tax rules and Irish tax arrangements, she said.

“Where the commission says a lot of the profits were being transferred to head offices which, according to the commission, had no employees and no staff, and carried on very little substance,” she said.

“Ireland and Apple are saying no actually, quite serious decision making was taking place in these head office entities,” she added.

“And it was correct to allocate the vast proportions of the profits to the head offices, leaving only smaller amounts in Ireland because they are saying only routine tax decisions were taking place in Ireland.”

Ms Treacy said both Apple and Ireland argue that one of the commission’s key points is incorrect and does not form part of state aid law, but is instead “a kind of novel rule” introduced by the commission.