Are young Brits falling out of love with the cuppa? 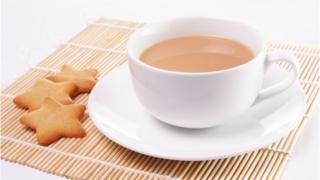 Traditional cups of tea are falling out of vogue with young people in the UK, according to PG Tips and Lipton owner Unilever.

The consumer goods giant has said that Generation Z and millennial consumers much prefer herbal teas and coffees instead.

As a result, the firm is struggling to grow its black tea brands in western markets like the UK and the US.

But why have young people’s tastes changed so much?

Unilever’s chief financial officer Graeme Pitkethly says that although young people do drink tea, it tends to be “quite high-end, expensive products”.

“I drink five or six cups of builder’s tea a day, but unfortunately we are dying at a faster rate than generation Z and millennials are consuming it,” he told investors.

According to research firm Kantar, the British tea industry is currently worth £667m per annum, and over the last two years, demand for black tea has fallen by 2.7%.

In contrast, demand has risen for other types of tea, with herbal teas now worth £52m and cold infusions valued at £11.2m.

“Black teas are too strong and in some cases quite bitter, and then you have to put a lot of sugar or honey in to sweeten it,” freelance song writer Nadia Sinel, 20, tells the BBC. “I prefer green tea as it’s more of a light floral taste and there’s less caffeine.”

Ms Sinel thinks young people like to drink green tea because of its health benefits and the fact “it tastes nicer”, and other popular drinks include bubble tea – a beverage that originated in Taiwan in the late 1990s – and a lemonade drink from the US called Calypso.

Fran Mcmonagle, 28, a lifestyle blogger living in London, agrees that the traditional builder’s brew is not so popular with millennials any more either.

“It’s not as ingrained in our culture anymore. I feel that we’ve become more of a nation of coffee drinkers,” she says.

Another reason for the fall in demand is that many younger people are trying to reduce their intake of dairy amid concerns about the industry’s impact on the environment.

“Dairy alternatives don’t go as well in cups of tea. The texture of soy milk and almond milk are completely different, so it changes the cup of tea, making it thicker or more watery,” Ms Mcmonagle adds. “In coffee, I find it’s not as noticeable.”

Plus, a renewed demand for afternoon tea has led to people serving their own version at home, using expensive teas purchased from upmarket tea shops and independent brands.

Ms Mcmonagle also says that the rise of Instagram means that beverages need to make a big impact so that people want to take a photo of them.

“People are more likely to post a photo of their iced latte or Unicorn Frappuccino – a viral drink made popular by Starbucks in the US – and share it with their friends, than a standard cup of tea.”

The UK has also seen an explosion of demand for bubble tea in 2019, with new shops popping up in several UK cities.

Nicholas Phan, 30, is the founder of the Biju Bubble Tea Room chain in London, which has seen its sales triple over the last three years.

He started the brand in 2014 after noting that although bubble tea was available in the UK, there wasn’t much choice, and the teas were often made using stale black tea that had been stored for hours, as well as non-dairy creamer.

Biju focuses instead on using a range of freshly-brewed loose leaf black, green and herbal teas, fresh milk, as well as vegan milks and a variety of toppings.

Traditionally bubble tea shops focus on making the orders as quickly as possible and automating the process using machines to get customers in and out of the shop in as little time as they can. Many popular Asian brands have franchises in the UK now using this model.

In contrast, Biju encourages teenagers to stay and hang out with their friends, and the drinks are all made manually.

“It was a risk, but it actually helps the business when the shop is full and the vibe is good,” Mr Phan says.

“When we started the brand we wanted to be more sophisticated and different. The more people who hang out, the better. The shops draw in a lot of new customers who see people inside and want to try the experience.”

Given all the new teas available on the market, a resurgence of the traditional cuppa is unlikely, believes Ms Mcmonagle.

“The builder’s brew is quite old school, it’s not necessarily a brand that anyone associates with being modern anymore,” she says.