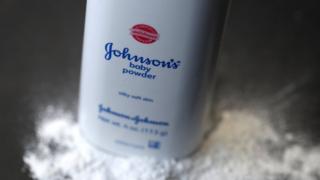 Health care giant Johnson & Johnson has recalled 33,000 bottles of baby powder in the US, after health regulators found trace amounts of asbestos in a bottle purchased online.

The company said it had launched an investigation and repeated prior tests have not found asbestos.

The recall comes as the firm is facing thousands of lawsuits from people who claim its talc products caused cancer.

The firm said it had initiated the voluntary recall of one lot of baby powder, produced and shipped in the US in 2018, out of “an abundance of caution”.

It said it was working with the Food and Drug Administration to determine the integrity of the test and the validity of the results finding asbestos, including whether the product was counterfeit and if the bottle’s seal had been broken.

“Years of testing, including the FDA’s own testing on prior occasions – and as recently as last month – found no asbestos,” it said.

Shares in Johnson & Johnson fell more than 3% in morning trade.

A spokesperson for the FDA was not immediately available to comment.