October 21, 2019 by Joshua Marshall No Comments 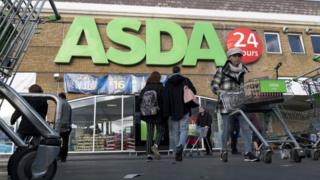 Cathy Murphy has worked for Asda for the last 44 years and says it has been an “absolutely amazing employer”.

However, recently the supermarket chain told Ms Murphy she will be fired unless she signs up to a new contract that will strip her of her long-service benefits, paid tea breaks and Bank Holidays off.

She is one of thousands of employees who have been told to sign the new contract before 2 November or leave the business. But Ms Murphy describes it as “just not fair”.

The GMB union says up to 12,000 workers face a choice between signing the new contracts – which increase wages to £9 an hour but scrap many other perks – or being sacked in the run up to Christmas.

But Asda told the BBC: “This contract is an investment of more than £80m and increases real pay for over 100,000 colleagues.”

Despite this, Ms Murphy worries for night shift staff who will have their pay cut, as well as people with caring responsibilities who may struggle with the new contracts.

Ms Murphy works in the fruit and vegetable section at Asda’s Parkhead Forge store in Glasgow.

As a union representative, she has been aware of the contract changes since the spring. However, her colleagues at the store only found out through meetings with managers over the summer.

Workers were given a document, which said they would have private meetings – or one-to-ones (121s) – with management.

“As part of the 121 process we hope that you agree to move to the new contract,” Asda said in the document. “If you still don’t want to sign up to the new contract at your final 121 we will issue you notice to terminate your employment.”

It said staff who had not signed the new contract would “leave the business” at the end of their notice period.

Then, earlier this month, Asda bosses handed out a leaflet with tips on getting a new job.

It suggested staff use their local job centre, get an an email address and offered advice on CV writing. Ms Murphy called the leaflets “condescending”.

It is not the first time that Asda has tried to move staff onto flexible contracts.

In 2017, the supermarket chain offered workers a salary increase in exchange for voluntarily switching to a new contract that introduced unpaid breaks and a requirement to work over Bank Holidays.

But over the summer, those changes were made compulsory.

The GMB union has written to the supermarket chain, which is owned by US retail giant Walmart, asking it to delay the introduction of the new contracts.

“On November 2nd, we understand up to 12,000 of your loyal Asda workers will be given the sack – just before Christmas,” it said in a letter sent over the weekend. “That can not be right.”

But Asda says the vast majority of staff have signed up to the new contract.

“We have been clear that we don’t want any of our colleagues to leave us,” a spokesman said, explaining that the changes would help the chain “adapt to the demands of the highly competitive retail industry”.

Ms Murphy thinks the chain will go through with its threat to fire the rest but she says it is unfair after giving more than four decades to the supermarket chain.

“I’m coming to the end of my working life,” she says. “And for this to happen [now], it’s just not fair.