Auditors ‘should not just be regular accountants’ 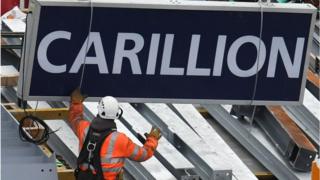 The latest look into big accountancy firms has argued that auditors should not just be regular accountants.

Anyone overseeing the health of a company and its balance sheet should be approved and licensed, it says.

Sir Donald Brydon, chairman of the Sage Group, who led the review, says a new regulator would train up and approve the new class of auditors.

The findings were welcomed by Stephen Griggs, deputy CEO of Deloitte who said the report added “much needed clarity”.

“There are challenges to audit firms and the wider profession around how we can go further in terms of transparency, independence and communication,” says Mr Griggs who is also the managing partner for audit and assurance and public policy.

A representative from PricewaterhouseCoopers say they are “working hard to enhance the quality of our own audits”.

Sir Donald’s year-long review is the third commissioned by the government to look into how the biggest consultancy firms – Deloitte, EY, KPMG and PricewaterhouseCoopers – are regulated.

He told BBC Radio 4’s Today programme that he was not trying to increase the cost of auditing for UK companies.

Pressure for reform came after the spectacular collapse of construction company Carillion in January 2018, shortly after it had been audited.

A government inquiry into the Carillion scandal revealed that KPMG had pocketed £29m in fees for what MPs called a “failing to exercise professional scepticism towards Carillion’s accounting judgements over the course of its tenure as Carillion’s auditor”.

Sir Donald, the former chair of the London Stock Exchange, rejected suggestions that auditors had lost their moral compass.

“It’s not the auditors that cause companies to go bankrupt. It’s the directors who are responsible for bankrupting a company,” he said.

He suggested that a new professional qualification should be required for those who sign off on the financial health of companies, who currently quality as accountants first.

Anyone with the responsibility to look into a company’s accounts and sign them off as safe would be included in the requirement.

This would also include cyber-security professionals and those assessing the company’s environmental footprint.

The “big four” audit firms have recently come under scrutiny in other reviews by the UK regulator the Competition and Markets Authority and by Legal & General chairman Sir John Kingman.

Sir Donald studied thousands of pages of comment from the industry and had more than 150 meetings with regulators, auditors, investors, companies and professional services firms before writing his own report.

His review also calls for increased transparency in the sector, with a new demand for firms to publish more about their profits and how much people in these companies earn.

It suggests that shareholders should be able to question auditors at annual company meetings and puts new responsibility on directors to explain what they have done to help prevent fraud.