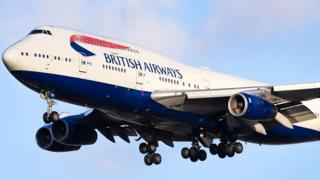 British Airways pilots have struck a deal with the airline over a dispute over pay and conditions that led to a mass walkout in September.

On Monday, pilots voted by nearly nine to one to accept the new deal.

But neither Balpa nor BA would confirm the terms of the pay agreement.

A total of 2,325 flights were cancelled when pilots walked out on 9 and 10 September.

BA later revealed it had shouldered a €137m (£121m) bill for the industrial action.

Another September strike was called off just over a week before pilots were set to walk out, but BA had already started cancelling flights, causing more disruption for passengers.

In a statement, BA said: “We welcome this news, which is a good result for our customers, our people, and our business.”