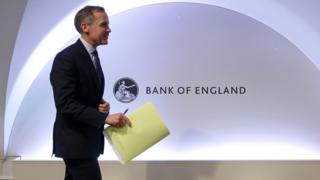 The government will wait until after the general election on 12 December to name the new governor of the Bank of England.

The appointed of a new bank chief to succeed Mark Carney was due to be announced imminently.

However, UK governments usually refrain from making major announcements during an election campaign.

Earlier on Thursday, a spokesman for the prime minister said the appointment remained on track.

Mr Carney, a former governor of the Bank of Canada is due to leave the post on 31 January, the date when the UK’s Brexit extension period runs out.

Front-runners to take on the role include chief executive of the Financial Conduct Authority, Andrew Bailey, chair of Santander Bank, Shriti Vadera, and the Bank’s current deputy governor, Ben Broadbent.