Banks disagree on how to pay for fraud refunds 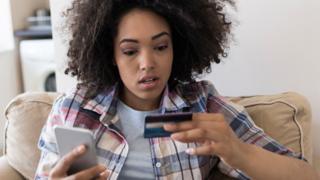 The UK’s banks have disagreed on how to pay for refunds to customers who have been tricked into transferring money to sophisticated fraudsters.

A temporary agreement has been in place since May, making it easier for victims of so-called authorised push payment (APP) fraud to get money back.

Now it has been revealed that there is no industry consensus on long-term funding to refund blameless victims.

Without a new deal, victims could be left without protection from January.

In the first six months of this year, people lost £208m to fraudsters posing as bank staff, building contractors, solicitors or even police and persuading them to send money from their accounts.

Only a fifth of that was refunded, generally when it was clear that the customer was innocent and the bank had not taken enough care.

Since May, a new code has been in place, backed by a temporary agreement between eight banks to pay refunds in no-blame situations where neither the victim nor the bank was at fault.

There were plans for this agreement to be superseded in January by a new levy of 3p a time on bank transfers which would go to a reimbursement fund.

But a number of banks have refused to support the levy idea, according to Pay.UK – the body operating the UK’s money transfer system – which said there was “no industry consensus”.

In part, this was because some providers felt those who did the most to prevent fraud would still pay the same levy as those which did little.

A lack of a new deal could reduce protection from the new year.

Consumer group Which? said the next government should make the code and reimbursement mandatory to prevent innocent scam victims from losing life-changing amounts of cash.

Pay.UK is now urging the industry and regulators to work together to find a solution. “It is critical that the whole industry plays its part,” said chief executive Paul Horlock.

Stephen Jones, chief executive of UK Finance, which represents the UK’s banks, said: “Ensuring victims of APP scams receive compensation when their money is stolen by criminals is an absolute priority for the payments industry.

“There is strong agreement across the sector that we must all work together to create a central, long-term, sustainable funding system. We are therefore disappointed a way forward has not yet been agreed.

“The industry will continue to call for new legislation to make the code mandatory and agrees with the Treasury Committee and Which? that issues of liability and reimbursement should best be addressed by new laws, rather than just a voluntary code alone.”