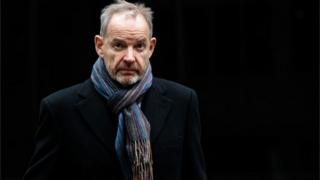 An agreement at the centre of fraud charges against ex-Barclays executives was written by the bank’s lawyers and approved by its board, a court heard.

Barclays agreed to pay Qatari investors £42m for advisory services in June 2008 after they demanded more than double the fees paid to other investors.

The prosecution alleges the agreement was a mechanism to pay the additional fees rather than a genuine agreement.

The former Barclays executives are on trial at the Old Bailey in central London, accused of fraud and conspiracy to defraud in connection with a £4.5bn capital raising exercise by Barclays in June 2008.

Mr Jenkins is also charged in connection with a further £7bn capital raising in October 2008.

The court heard that the board of the bank approved the Advisory Services Agreement (ASA) in June 2008.

The bank’s group general counsel at the time, Mark Harding, and his deputy, Judith Shepherd, advised on the agreement along with some of the most senior partners at City law firm Clifford Chance.

William Boyce QC, representing Mr Boath, said the approval of the board and involvement of top lawyers raised questions as to why Mr Boath was being prosecuted.

“The in-house lawyers, Clifford Chance, the Board, the Chairman and the CEO, were each aware of, and sanctioned, the use of the ASA,” Mr Boyce said.

“Every single factor relied on by the [Serious Fraud Office] as supposedly showing that [the agreement] was a sham was revealed by Mr Boath to the lawyers. Far from stopping ASA in its tracks, they actually ended up drafting it.

“They, the Barclays lawyers, negotiated its terms with the lawyers for the Qataris. Yet it is Mr Boath who is in the dock. You may find yourselves wondering just why that is.”

In his opening speech in Mr Boath’s defence, Mr Boyce said Mr Boath was a number of levels down the bank’s hierarchy and was taking instructions rather than making decisions.

He added: “He raised his concerns; he did not hide or bury things… he insisted that the lawyers had total oversight of all the moving parts; and not just any lawyer, but Mr Harding, the top lawyer in the bank.”

Much of the evidence in the trial consists of audio recordings of phone calls from Mr Boath’s line, which was recorded because he sat at a trading desk. Calls by senior executives, by contrast, were not recorded.

‘Far removed from the top’

“You may think that the recording of Mr Boath’s telephone line has produced an entirely distorted picture of what occurred – and that distorted picture has put the spotlight on a man [Mr Boath] far removed from the top and from any decision-making, simply because the job he was taken from required the recording of his calls,” Mr Boyce told the jury.

“He had no decision-making authority or responsibility and he had a limited ability to question his seniors and no ability to overturn them. His position regarding the execution of the deal put him on a lot of emails doing just that.

“The recording of his telephone calls [which he knew were being recorded at the time] places only his phone calls before you, an obviously skewed and distorted picture. He is the tip of an evidential iceberg, almost all of which is under the water and out of your sight.”

The court heard it was “not at issue” that the Qataris would not have agreed to enter into the capital raising unless Barclays agreed to the advisory services agreement.

“Everyone at Barclays knew that, the lawyers included,” Mr Boyce told the jury.