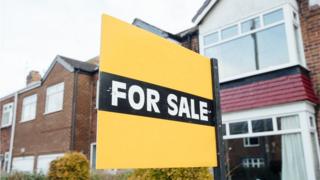 The agents regularly met up to discuss private pricing details after initially fixing fees in September 2008, the CMA said

Three estate agents in Berkshire have been fined more than £600,000 after illegally fixing minimum commission rates for seven years.

The Competition and Markets Authority (CMA) said Romans would not be fined as it informed it about the racket.

The agents regularly met up to discuss private pricing details after initially fixing fees in September 2008, the CMA said.

“We trust that the fines issued today will reinforce our message that we expect the sector to clean up its act and make sure customers are not being ripped off in this way.

“The industry needs to take note – this kind of behaviour will not be tolerated. If you break the law, you risk similar consequences.”

Prospect said it had “been able to learn from past mistakes from years ago”.

Michael Hardy’s managing director, Neal Mackenzie, said it now had “robust procedures in place to ensure that all staff are fully aware of the rules surrounding cartels and fixing of fees”.

Romans’ CEO Peter Kavanagh said “a small number” of sales executives “had acted in a manner totally contrary to the standards and values of the company”.