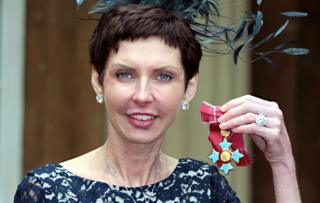 The firm’s accounts show that in the year to end-March her salary rose from £220m on the previous period.

But the rise comes as the industry faced mounting criticism, including over children gambling.

The privately held company is owned jointly by Ms Coates and members of her direct family, including her brother John, who is joint chief executive, and her father Peter, the firm’s chairman.

Ms Coates earned a first-class degree in econometrics – the application of statistical methods to economic data – from Sheffield University before joining the High Street betting firm, run by her father.

She identified the potential of online gambling in 2000 and invested in the domain name Bet365.com so that she could drive the family business in that direction.

The firm paid dividends of £92.5m, half of which are thought to have gone to Ms Coates, as the owner of about half of Bet365’s shares.

The group of firms owns Stoke City Football Club, which made a loss of £8.7m in the year.

In October, Cardiff University research suggested that two-fifths of 11 to 16-year-olds had gambled in the past year.

The study said this was “particularly concerning, given that across the UK, most forms of commercial gambling are only legal for those aged 18 and over”.

Fruit machines were the most popular form of gambling, followed by playing cards for money with friends and scratchcards.

Dr Graham Moore of the Centre for the Development and Evaluation of Complex Interventions for Public Health Improvement said at the time: “The evidence shows that people who gamble earlier in life are more likely to become problem gamblers in adulthood.”

However, a Gambling Commission study in October suggested that 11% of children had gambled within a week of the survey being conducted.

But in addition, the regulator warned in July of research that indicated links between “problem gambling and suicidal thoughts or attempts”.