Bosses are wary of the return of the corporate raider 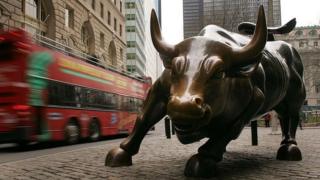 When Chefs’ Warehouse flew Christina Carroll from California to her first board meeting they put her up in a haunted hotel.

It was not clear which was the bogeyman, the hotel or Ms Carroll, for she was not a normal board member but had been hired by an activist investor, Legion Partners, to turn the firm around.

Unlike a typical shareholder, an activist buys enough stock to corner the vote on important company decisions – like appointing board members or firing chief execs.

Legion Partners bought 5.9% of shares, garnered the support of fellow shareholders and demanded a seat in the boardroom. Legion’s method is to buy a struggling company’s shares at a low price, turn the firm around and sell at a profit once the business and its share price have improved.

Legion Partners’ only demand was for Chefs’ Warehouse to appoint Ms Carroll to join its board. Ms Carroll is a specialist in understanding the value of things a company has on its balance sheet. She had worked previously with Houlihan Lokey, an investment bank and Ernst & Young, a consultancy firm.

Chefs’ Warehouse was lucky. Legion Partners is the new, gentler version of what used to be called a corporate raider.

A few high-profile raiders became famous in the 1980s for buying companies and dismembering them, making big profits for themselves but often leaving thousands of workers unemployed.

And in the past two years, the number of investors using similar tactics to buy their way into underperforming companies has boomed, according to the investment bank Lazard. 2019 saw a record-breaking total of $11bn worth of shares bought and 71 separate campaigns launched, the research found.

So are today’s so-called activists a new wave of raiders under a different flag?

“Some of us deserved that title and some of us didn’t,” says Paul Bilzerian, one of the last of these raiders left alive.

Mr Bilzerian describes American corporate management in the 1980s as “uniformly horrible”. Companies had no regard for their shareholders, he says: “People like Carl Icahn, T Boone Pickens and I – we changed the game.”

They would go through a company’s financial accounts and find the loss-making parts. Then they would buy up shares, take over the firm and carve those pieces out. Sometimes the process was brutal.

In 1985, Mr Icahn took over TWA, the now defunct American airline. He loaded it with debt, sold its most valuable flight routes and ground the airline into bankruptcy.

But the fear of raiders had its merits, says Mr Bilzerian. Executive and boardroom behaviour cleaned up – or else. “They knew guys like me would buy the company and throw them out.”

Mr Bilzerian acquired Singer, the American sewing machine company, which had diversified into weapons manufacturing during and after World War Two. He aimed to turn it around, but the backlash against corporate raiders had already begun.

The US regulator the Securities and Exchange Commission charged him with failing to file financial documents and he was forced to resign. Singer was carved up after he left and today has returned to sewing.

Today’s descendants of these raiders work on a spectrum. Cheap and easy access to detailed financial information has meant an explosion of shareholder activism.

“Shareholders are no longer willing to buy a ticket and go along for the ride. They are increasingly vocal, engaged and willing to support an activist’s thesis,” says Rich Thomas, head of Lazard’s shareholder advisory practice in Europe.

Activism may have become entrenched in many company annual general meetings and it is changing the economy, but the subject remains contentious.

“The problem is that most activism is not cordial, nor is it focused on long term strategy,” says Martin Lipton, a founding partner of Wachtell, Lipton Rosen and Katz who has been defending companies against activist approaches since the 1970s.

Mr Lipton created the “poison pill,” a time bomb in a company’s bylaws that dilutes all of its shares if there is a hostile take-over.

Still, Mr Lipton is sceptical of today’s shareholder activists who say they are not interested in making a quick buck: “I would say 80% of activists are essentially looking for short-term profits.”

Companies now pay advisers, banks, public relations firms and law firms to keep activist shareholders at bay. But this only leads to more short-termism, says Mr Lipton, warning that “this is a detriment to the economy”. He believes firms do better when they are not so obsessed with shareholders.

But some shareholder activists argue that they have very long-term goals for a company in mind.

In 2018, New York activist hedge fund Jana Partners coupled with a California teachers’ pension fund to wage a campaign against Apple. They bought $2bn worth of Apple shares to pressure management to improve parental controls and limit children’s screen-time.

“Apple really showed they care about the health of their younger users and of course it’s good for their business as well to partner with families on this issue,” says Charles Penner of Jana Partners.

Mr Penner argues some larger professional investors are helped by the depth of research and focused attention a shareholder activist can give to a particular firm.

Ted White, one of the founders of Legion Partners agrees: “We get calls from the largest shareholders. If a company is mismanaged, they need us.”

So what happened Christina Carroll’s stay in that haunted hotel? Well, she still laughs about it. While none of Chefs’ Warehouse’s employees would go near it, Ms Carroll says she was never scared – she had a job to do.

When she joined the board it took time to win people’s trust: “They were worried, given my background in M&A, that my agenda was to sell the company. It wasn’t.”

What made the difference was that the company chairman walked her into her first meeting. All of the board members were present and everyone listened. “Part of what built trust was that I truly believed they had built a great company. Plus, as they got to know me they realised my expertise could be really useful for them,” she says.

Ms Carroll convinced them she was there to help the firm not destroy it. It worked. Chefs’ Warehouse changed, its share price improved and Legion Partners moved on.

Ms Carroll says she would work with Legion Partners again because they were not interested in carving up Chefs’ Warehouse. There were no big job losses. Quite the opposite: the company added new people, many of whom now own its shares.

“The employees did very well out of the situation – the stock rose. It has been net positive for them,” she says.