October 27, 2019 by Joshua Marshall No Comments 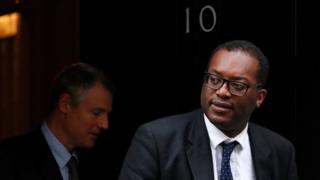 The documents, revealed by the Financial Times, say that the drafting of commitments on workers’ rights and the environment in the Brexit deal “leaves room for interpretation”.

Labour said it is a “blueprint” for ending “vital rights and protections”.

The leaked paper suggests that the government believes there is considerable scope to diverge from the EU on employment rights and other regulations after Brexit, despite its pledge to maintain a “level playing field” in Boris Johnson’s latest deal.

In Mr Johnson’s Brexit deal, references to a level playing field – the idea that the UK and EU countries keep their rules and standards close to prevent one trying to gain a competitive advantage – were removed from the legally binding withdrawal agreement.

Instead, they were put into the non-binding “political declaration”, which describes the potential future relationship between the UK and EU.

According to the FT, the leaked document says the UK’s and EU’s interpretation of the “level playing field” pledge will be “very different”, and the text represents a “much more open starting point” for negotiations over a future trade deal.

Purportedly drafted by the Brexit department, the paper appears to contradict promises by the prime minister on Wednesday that the UK is committed to the “highest possible standards” for the environment and rights at work.

It comes as EU leaders consider their decision on a new deadline for Brexit, having agreed to an extension in principle after the UK government admitted it could not meet its 31 October deadline.

The document will fuel fears among some in the EU that Boris Johnson is planning to shape Britain into a Singapore-style economy, with low taxes and light regulation, which could compete against Europe by potentially downgrading rights.

‘Better than our word’

Suggestions that workers’ rights could be diluted will also raise concerns among Labour MPs, 19 of whom voted for the Withdrawal Agreement Bill to progress in the House of Commons.

She said: “Boris Johnson’s Brexit is a blueprint for a deregulated economy, which will see vital rights and protections torn up.”

The Brexit department said it did not recognise the document, however.

And Business Minister Kwesi Kwarteng told the BBC the claims were “completely mad” after the government had worked to win the support of Labour MPs.

“It wouldn’t make any sense at all to dilute workers’ rights in building that coalition to land the bill,” he said.

“We have said we will be better than our word. We have said our ambition on securing workers’ rights will be stronger than the provision of the bill.”

Environmental groups have also raised concerns after the document was leaked, calling on ministers to introduce legal guarantees on current standards in the Environment Bill, which is due to be debated for the first time in the Commons on Monday.

Benjamin Halfpenny from Greener UK, a coalition of groups including the RSPB, Friends of the Earth and the National Trust, said: “The government has had plenty of opportunities to put a commitment to existing standards into law, but has thus far not done so.

“Such a commitment would not prevent future governments from going further on things like water quality and chemical safety, just stop them going backwards.”

A Brexit department spokesman said the government “has no intention of lowering the standards of workers’ rights or environmental protection after we leave the EU”.

He said the UK already exceeds the minimum standards in areas such as maternity leave, shared parental leave and greenhouse gas emissions targets.