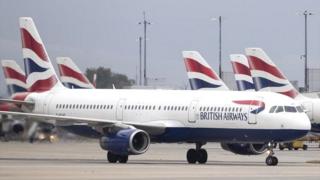 It’s not been a great centenary celebration for British Airways. The operator officially reached the 100-year landmark on 25 August, just as the prospect of this week’s two-day pilots’ strike was starting to panic tens of thousands of customers.

To rub salt into the wounds, a report by reputation management company Alva placed BA 55th out of 65 airlines. Stranded passengers, IT failures, and lost data from a hack attack were among reasons cited for the airline’s low ranking.

“What initially may have seemed like bad luck or bad planning, can quickly morph into a narrative of underinvestment; the company putting shareholder interests above those of passengers and employees,” he said. The BA name has too many negative connotations.

The days when the airline promoted itself as The World’s Favourite Airline have long gone, and Brian Strutton, general secretary of the pilots’ union Balpa, has a couple of reasons why: cost cutting and a dumbing down of the brand.

As he told the BBC: “Management want to squeeze every last penny out of customers and staff.” This week’s strike is about pay, but Mr Strutton says there is a wider context – a lack of trust and confidence in management.

Pilots, and other crew, have long complained about an erosion of benefits, such as poorer accommodation on long-haul stopovers. In the lean years when BA was recovering from the global financial downturn, staff say they gave up pay rises. The airline’s generous pension scheme has been closed, saving hundreds of millions of pounds.

While a captain’s pay starts at about £78,000, according to Balpa, changes to the earnings structure mean it would now take much longer for a cadet to reach that level.

There was an expectation that once the airline recovered financially, staff would benefit. But Mr Strutton says it hasn’t happened, which is why people whom he accepts are well paid are taking part in BA’s biggest industrial action to date.

BA is part of International Airlines Group (IAG), the parent company for carriers that include Aer Lingus, Iberia, Level and Vuelling. But BA is the biggest and most profitable part of the group.

Last year, BA’s operating profits rose 11.6% to £1.95bn. Profits were also up in the first six months of this year. In February, IAG raised its shareholder dividend and also declared a special payout. Since January, IAG’s share price has risen from 465p to a year-high of 572p reached last week.

In 2009, BA’s then chief executive Willie Walsh (who now runs IAG) said the airline was in a “fight for survival”. Intense competition on transatlantic routes and the popularity of budget carriers on European routes meant radical action was needed. The recovery cost almost 4,000 redundancies and everyone took a pay cut.

But now that those dark days are over, pilots want to share in the success of BA’s turnaround, Mr Strutton says. “British Airways needs to wake up and realise its pilots are determined to be heard. They’ve previously taken big pay cuts to help the company through hard times. Now BA is making billions of pounds of profit, its pilots have made a fair, reasonable and affordable claim for pay and benefits.”

BA insists that offering a share in the turnaround is exactly what it is doing. Alex Cruz, BA’s chief executive, told the BBC that everyone at the airline, not just pilots, made sacrifices. “The company recognises that. This is why this 11.5% deal, way above inflation… is a very, very generous deal.”

The impact on staff is only half the story, of course. Analysts say the reputational damage could be huge. Some 200,000 customers have been affected by the strikes, and with further action planned there will inevitably be lost bookings as travellers go elsewhere. Mr Cruz accepted that the strike would “punish customers” but also “punish our brand”.

Duncan Lyon, whose flight was cancelled and who is now trying to get a refund of £400, echoed the feelings of many customers who have complained of having to make numerous telephone calls to BA and feel there has been a lack of communication. His message to British Airways? “You are a disgrace and your customer service is deplorable.”

But, though serious, this strike is not the first time BA has weathered a customer storm. In addition to previous industrial action, the gradual dismantling of some of BA’s premium services has been a running sore for many long-time customers. Be it the removal of free meals on short-haul flights, introduction of checked baggage charges, or the ending of complimentary newspapers, BA’s loyal base has found many things to mourn about the airline.

Yet, passenger growth has continued year-on-year, and the airline and its subsidiaries carried about 45 million people in 2018. That may have a lot to do with BA’s dominance of Heathrow Airport and a feeling among some travellers that they lack convenient alternatives.

But BA says it underlines the expansion of its route network and investment in services. Indeed, the airline has a £6.5bn spending programme underway – a four-year investment on 73 new aircraft, training and services. The investment is, Mr Cruz told the BBC, the biggest in BA’s history.

For Alva’s Mr Pickering, the investment could be key to “revamping the passenger experience” and addressing the “growing customer cynicism”, adding: “The situation is by no means terminal.”