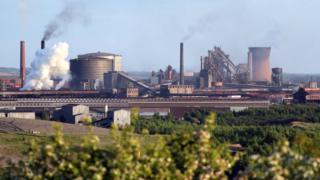 The bulk of British Steel’s 4,000 staff work at the Scunthorpe plant

The sale of British Steel to Chinese firm Jingye could be scuppered by French intervention, media reports say.

Jingye agreed in November to buy the collapsed business for £50m and save about 4,000 jobs.

However, the approval of the French government is required because British Steel has a plant in France that is considered a strategic national asset.

France has the power to block the sale of the Hayange plant, which has already been advertised for sale separately from the UK operation, apparently with the blessing of the French authorities.

When British Steel collapsed more than seven months ago, control of the holding company passed to the UK Insolvency Service, which is responsible for selling the assets.

Although the service is the beneficial owner of Hayange, day-to-day operational control of the factory remains in France.