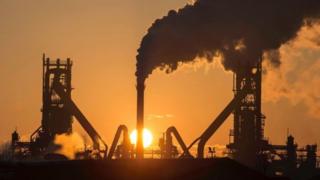 The firm due to take over British Steel has said it is confident it will win approval for the deal in the new year.

The statement by China’s Jingye comes after a newspaper report suggested the rescue bid could collapse.

Jingye said it was continuing to make progress in securing the necessary approvals to complete the transaction, following the signing of an agreement on 10 November.

“Any suggestion to the contrary is completely incorrect,” it added.

Last month, Jingye agreed to buy British Steel, paying about £50m to take over the collapsed business and save about 4,000 jobs.

A report in the Sunday Telegraph, quoting Whitehall sources, said the deal was threatened with collapse and that talks had been reopened with other potential suitors.

However, the government denied that any such talks were taking place.

When British Steel collapsed, control of the holding company passed to the UK Insolvency Service, which is responsible for selling the assets.

A government spokesperson said: “On Nov 11 the Official Receiver has ceased marketing the business and is not talking to any other parties.”

Earlier this month, British Steel’s French factory at Hayange was advertised for sale separately from the UK operation, despite Jingye’s deal to rescue the whole company.

French authorities have powers to block the sale of the Hayange plant and may have sanctioned the “for sale” ads.

The plant makes steel for the French rail network, including the state-owned train operator SNCF, and is considered a strategic asset.

The Financial Times reported Jingye executives “were furious” at the French move.

It is unclear to what extent a separate sale of the northern French steel mill would complicate Jingye’s deal for the rest of the business.