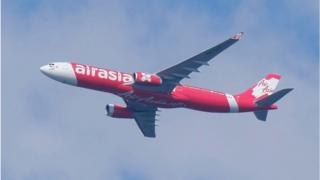 Asia’s biggest budget airline has denied allegations it was paid a bribe of $50m (£38m) by planemaker Airbus,

AirAsia says it “vigorously rejects” claims it was paid to buy 180 planes from the European manufacturer.

The allegations have surfaced after Airbus agreed to pay $4bn in fines to settle accusations of corruption.

Shares of AirAsia fell as much as 11% of Monday after Malaysia’s anti-graft agency said it had started its own investigations.

European planemaker Airbus on Friday said it had agreed a settlement with French, British and US authorities following lengthy investigations into allegations that it bribed airlines to purchase its planes.

AirAsia has said it will fully cooperate with Malaysia’s Anti-Corruption Commission, which is working alongside Britain’s Serious Fraud Office (SFO) probing the claims.

In the statement, AirAsia said that all dealings leading to the purchase of planes had been ”undertaken directly with Airbus on an arm’s length basis, and without the involvement of any third parties or intermediaries”.

The investigation comes at a bad time as for AirAsia as airlines grapple with a downturn in activity due to fears over the spread of coronavirus.

The airline, founded by Tony Fernandes, has announced it is suspending flights between the Philippines and China.

On Monday, AirAsia shares fell to as low as 1.27 Malaysian Ringgit, their lowest level since May 2016. AirAsia X fell 12% to hit an all-time low.