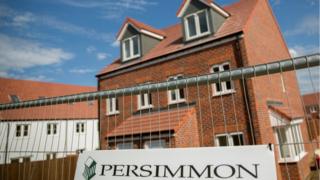 Persimmon does not have an agreed minimum standard for all the houses that it builds, an independent report into the company has found.

It said the lack of a group build policy increases the risk of defects.

One result is a lack of fire-stopping cavity barriers or ones which have been installed wrongly around the UK.

Chairman Roger Devlin commissioned the review in April to assess the impact of new processes to improve customer care and cut out cases of poor workmanship.

The review also said the company’s corporate culture needed to change, that there were no agreed procedures to supervise or inspect its employees or sub-contractors’ work and that staff were only given limited training.

Among other things, it recommended that the firm “should take sufficient time to formulate and embed a ‘Persimmon Way’ of building”.

Mr Devlin said: “This is a very thorough and comprehensive review with clear conclusions and recommendations in nine key areas.

“The review found that Persimmon had focused on policies around inspections immediately before and after the sale of a home, rather than those governing build quality inspections.

“In my view, this is one of its central findings and I am encouraged that the company is already embracing the review’s recommendations in this area through significant operational investment and procedural change.”

Review leader and barrister Stephanie Barwise said: “The board of Persimmon deserve significant credit for commissioning this review and publishing its findings.

“It demonstrates their willingness to confront some difficult truths as they focus the business on rapid change and improvement.

“It is encouraging that during the period of review as we shared initial findings that the company began to take various steps to respond to certain issues.”

In February, the company announced that its annual profits had passed £1bn for the first time – up from £966m in 2017.

At the time, a source close to Housing Minister James Brokenshire said the minister was “increasingly concerned” by Persimmon’s practices, including its use of leasehold contracts, the quality of its buildings and its leadership.

He said this meant its inclusion in the Help to Buy scheme was under review.