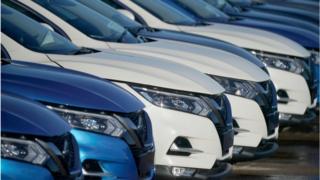 UK car production fell by 3.8% in September, due to political uncertainty at home and weaker overseas demand, according to the industry’s trade body.

Fears over a possible no-deal Brexit dampened demand in the UK, while exports fell 3.4%, the Society of Motor Manufacturers and Traders (SMMT) said.

Overall car output for the year-to-date plunged 15.6%, making it the weakest three quarters since 2011.

“Most worrying of all though is the continued threat of a ‘no deal’ Brexit, something which has caused international investment to stall and cost UK operations hundreds of millions of pounds, money that would have better been spent in meeting the technological challenges facing the global industry.”

The trade body said that the latest car production figures, which compare output with the same month a year earlier, capped a 15-month period of decline for the sector.

In addition to dealing with escalating international trade tensions and technological challenges, British car makers also had to “divert huge resources” to prepare for the possibility of a no-deal Brexit, the SMMT said.

The UK’s automotive industry is closely integrated with European suppliers and markets. Many models rely on a stream of components imported from the EU. And eight out of ten cars built in the UK are exported.

The SMMT has previously suggested that leaving the EU with no transition deal in place would cause “permanent devastation” to the industry.

The agreement to push back the UK’s departure date until January 2020 has meant the immediate prospect of a no-deal Brexit has been avoided.

The government has said it hopes to have a free trade deal with the EU in place by the end of the Brexit transition period in December 2020.

However a general election to be held on 12 December will determine future Brexit policy.

Mr Hawes added: “A general election may ultimately provide some certainty, but does not yet remove the spectre of no-deal which will continue to inhibit the UK industry’s prospects unless we can agree and implement a new, ambitious and permanent relationship that safeguards free and frictionless trade.”