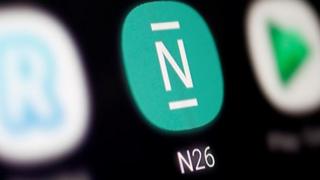 The bank, which had a significant marketing push after launch, only started offering current accounts in the UK after the EU referendum.

However, it said that the “timing and framework” of the Withdrawal Agreement made it impossible to continue.

With about 200,000 customers, it was one of the smaller operators in the UK.

Thomas Grosse, chief banking officer at N26 said: “While we respect the political decision that has been taken, it means that N26 will be unable to serve our customers in the UK and will have to leave the market.”

What must customers do?

Accounts will operate as normal until 15 April, by which time funds should be transferred.

Will Sorby, general manager for N26 in the UK, said that accounts would be closed automatically on that date after money has been removed.

Anyone who has money in an account and fails to move it in time will see the cash shifted into a holding account.

Following the closure of the company’s UK operations, the majority of its UK staff would move into new roles within the business, the bank said. It is bigger in Germany and has recently launched in the US.

The move comes on the day that shadow chancellor John McDonnell has said he fears there’s a “risk” of an exodus from the City if the government does not get a swift deal with the EU on financial services.

However, there are no signs as yet of any other challenger or bigger banks following N26 in quitting the UK.

It remains tough for challenger banks in the UK current account sector, primarily because a large number of customers do not use their products as their main transactional account.