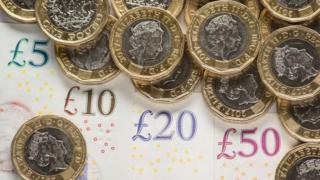 Chancellor Sajid Javid is set to unveil the government’s spending plans for the coming year on Wednesday.

The statement will set departmental budgets for just one year rather than the usual three years, due to uncertainty over the impact of Brexit.

Mr Javid will announce a further £2bn of Brexit funding for the government, as well as confirm additional funds for health, schools and the police.

The extra spending will be funded by borrowing rather than tax rises.

Independent think-tank the Institute for Government (IFG) says the government is likely to favour vote-winning measures ahead of a “potentially imminent” election.

But it argues the government should be prioritising other areas of spending, such as social care and prisons which it says are the services most in need of extra money.

Here we look at each of the public services, and which needs the most funding, according to the IFG’s report.

It has graded services, according to need based on which are able to keep up with demand: amber for some concerns and red for significant concerns.

What has already been announced? Theresa May’s government announced that annual funding would rise by £20 billion by 2023. Boris Johnson also announced a one-off injection of £1.8bn, but not all of that is agreed to be new money.

Spending on hospitals and GP services in England has risen since 2009-10, although more slowly than in the past.

IFG estimates suggest that the workload of GPs has risen faster than spending, meaning they have had to do more for less.

Despite practices increasing the number of telephone consultations and pooling resources, patients have been waiting longer for appointments.

This suggests that GPs, despite becoming more efficient, have not been able to keep up with demand.

However, the amount of work hospitals do has risen faster.

The result has been financial deficits and longer waiting times for treatment.

The frontline of the NHS knows what its budget is until 2023-24: it was given a five-year settlement last summer.

The rises, an average of 3.4% a year, are generous compared to what the rest of the public sector can expect and reflect the fact the health service is constantly among the top priorities for voters and facing rising demand from the ageing population.

But there are still question marks around more than £13bn of funding that goes to things like staff training, buildings and healthy lifestyle initiatives, such as stop smoking.

Schools in England have not faced the same financial pressures as many other public services, according to the IFG.

However, after a rise in spending per pupil in most years since 2009-10, since 2014-15 the growth in pupil numbers has outpaced spending growth, meaning the per-pupil spending has fallen in both primary and secondary schools.

On top of this, schools have increasingly been paying for services that would have been previously provided by local authorities – such as educational psychology and extra support for special educational needs – following cuts to local authority budgets.

There are also signs that this increased workload is putting pressure on the workforce, with schools finding it harder to recruit and retain teachers, the IFG says.

But overall, schools have become more productive, it adds, with more pupils per teacher and pupil attainment increasing – particularly in primary schools.

School funding in England had become a political headache and vote loser for the government, with both headteachers and parents campaigning. Rising costs such as national insurance and teachers pensions, as well as running costs such as utility bills, have contributed to an 8% real terms reduction in money spent in schools since 2010.

The extra money promised for 5-to-16 year-olds’ education will almost reverse that squeeze by 2023. But that leaves financial pressures in England in other areas such as early years, and despite some extra cash for colleges educating 16-19 year-olds, an historic legacy under many governments of relative underfunding of further education.

What has already been announced? The government has promised 20,000 extra police officers over three years at a likely cost of £0.5 billion next year but has not yet confirmed how this will be funded.

Spending on the police in England and Wales has fallen sharply since 2009-10, says the IFG.

The number of police officers has also declined, with total police reserves now 9% lower in real terms than they were in 2009-10.

“Victim-reported crime has fallen over this period, but police-recorded crime has increased,” the IFG says.

“Overall police performance – as judged by inspection reports – has improved, although other indicators – such as public confidence in the police and the length of time taken to bring charges – have deteriorated.

“There is evidence that the police are struggling to maintain performance with current levels of spending.”

The strength of policing reached a record high at the end of the Labour government that left office in 2010 – and then fell back by 21,000 as older officers left and cuts restricted recruitment.

The prime minister’s pledge to re-recruit 20,000 officers in the coming three years is a huge task, because natural loss means forces may need to recruit more than double that number to hit the target.

What has already been announced? £0.1 billion pledged to boost security; promise of 10,000 extra prison places, but funding arrangements unclear

Prisons have experienced large spending cuts and a reduction in staff numbers since 2009-10.

This means prison safety has declined dramatically since 2012-13, according to the IFG.

Violence has risen and prisoners are less likely to have access to learning and development activities.

The 2016 Autumn Statement saw an injection of extra cash to tackle these safety issues and spending has risen again recently.

As a result, staff numbers are starting to rise again.

The IFG hailed a pilot programme to curb violence and drug use in 10 prisons, undertaken last year by the then Prisons Minister, Rory Stewart.

“This was largely successful, but replicating it across the whole prison system will require extra spending in every future year,” the IFG says.

The Ministry of Justice was one of the first big spending departments to settle with the Treasury in 2010, when the then Chancellor, George Osborne, demanded major cuts to public spending. Today, it has 25% fewer staff than back then.

The departure of experienced prison officers under the cuts coincided with a rise in smuggling of new psychoactive drugs into jails, leading to an increase in violence that the remaining prison officers struggled to control.

What has already been announced? In a Sunday Times interview, Boris Johnson said he would give councils £1bn for adult social care, but no formal announcement has yet been made.

The number of adults receiving publicly funded care packages has decreased, according to the IFG, even though an ageing population would suggest that demand is increasing.

Local authorities, responsible for providing adult social care, have driven down the price of care commissioned from private and voluntary sector providers following cuts to funding.

However, this has not enabled them to meet demand, the IFG says, and unpaid care – such as by family, friends or neighbours – has partially filled the gap.

In his first speech from Downing Street, Boris Johnson promised to “fix the crisis in social care once and for all”.

However, the IFG says there are no signs that plans to do so will be unveiled in the Spending Review.

Not only has adult social care lost out in terms of funding, the long-awaited reform of the system has also been dodged.

Care services for the elderly and disabled simply do not have the profile of the NHS, although that is beginning to change a little as the problems worsen. But the challenge remains what to do about money.

Only the poorest and neediest get support from the state. But that means four-fifths of older people who need care go without, rely on family and friends or pay for it themselves.

Each of the areas covered by the IFG’s report are devolved: the governments in Scotland, Wales and Northern Ireland run their own services.

So announcements on Wednesday will effect England (or England and Wales for policing and justice).

The devolved governments will receive extra money proportionate to the increases in spending, but they will decide how that money is spent.