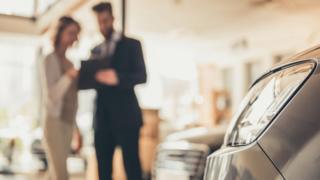 Used cars have again topped the list of consumer complaints after millions of people sought help from a charity for a variety of problems.

Citizens Advice, which runs a national consumer helpline and website, said it was contacted regarding 57,000 cases of issues with used vehicles.

Second on the list were problems with home improvements, followed by gripes over household furniture.

“We don’t want people to let their consumer issues follow them into 2020 as, more often than not, simple steps can be taken to avoid problems,” said Kate Hobson, of Citizens Advice.

The most common areas of complaint in 2019, according to the charity, were:

Problems with second-hand cars regularly top the list of gripes in the Citizens Advice list of shame.

Eight in 10 of these complaints were about defective or broken vehicles, while 7% of customers said they had been misled.

The charity pointed out that buyers had different rights depending on where they bought the vehicle.

Buying a car through a trader provides more protection as the vehicle must be of satisfactory quality, meet its description during the sales process, and be fit for its purpose.

A private seller cannot lie about the vehicle, but they can omit information.

The charity received 46,182 appeals for help during the last 12 months from people who had faced problems with building work, decoration, and home improvements.

If work has not been completed with reasonable care and skill, then the trader should fix it without charge within a reasonable amount of time.

Citizens Advice said people should stay on top of the paperwork.

This includes putting the plan, price and timeframe in writing before any work begins, and taking photos before and after work is done, alongside a diary of progress.

Three-quarters of the 20,000 calls received about furniture were about items that were not fit for their purpose.

If an item is broken, damaged, or unusable when bought then the customer will have substantial rights.

However if the consumer is seeking a refund or a replacement then the outcome will depend on the circumstances behind that request.

If the item is damaged due to wear and tear during use or a buyer simply changed their mind after seeing the product in their home they can’t claim a refund.

Most households are increasingly making use of media devices such as mobile phones, laptops and tablets.

Two-thirds of the 19,000 enquiries made about such products to Citizens Advice were from people whose devices were broken or faulty in some way when they bought them.

Buyers have a legal right to a refund if they contact the seller within 30 days of unknowingly buying something that doesn’t work properly.

There were 14,500 calls for assistance from people who wanted to know their rights after buying clothes or shoes.

Different stores have different policies regarding the return of unused items when a customer has simply changed their mind about a purchase. These rights are stronger when a product is bought online, principally a 14-day cooling-off period.

It is also the responsibility of the seller to ensure the initial delivery of the merchandise is successful.