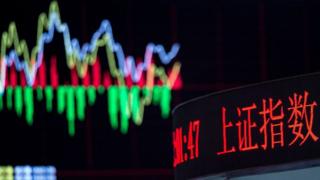 Fears over the deadly coronavirus have triggered a sharp fall in Chinese shares as markets reopened after the Lunar New Year holiday.

The central bank said the move would ensure there was enough liquidity in the banking system.

In total, the central bank will inject 1.2 trillion yuan into the financial system on Monday, the majority of which was already planned. The liquidity boost is the largest single day addition on record.

The bank said it could make more cash available throughout the week.

Global markets have been rattled by the epidemic in recent days, with the US S&P 500, on Friday notching up its worst week since October.

Chinese financial regulators have forecast the impact on the country’s already slowing economy will be “short term”.

China saw economic growth of 6.1% last year – the slowest in around three decades, in part because of its prolonged trade war with the US. A partial trade deal easing tensions was struck earlier this month, but most tariffs remain in place.

China is struggling to deal with the virus, with more than 17,000 confirmed cases and 361 deaths.

Analysts say the impact of the virus – which has left major cities in full or partial lockdown – could harm growth if it lasts for a prolonged period.

China’s travel and tourism sectors have already taken a hit over an unusually quiet Spring Festival break, while cinemas were forced to close to try to contain the virus.

Meanwhile, numerous factories have suspended production while companies have instructed employees to work from home

Foxconn, Toyota, Starbucks, McDonald’s and Volkswagen are just a few of the corporate giants to have paused operations or shuttered outlets across China.

More on the coronavirus outbreak: