Coronavirus: ‘We may have no clothes left to sell’ 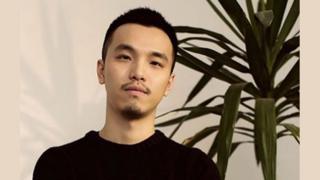 “At the moment, we’ll have no products to sell and we could miss Fashion Week in Europe,” says Xuzhi Chen, a fashion designer who runs just one of the UK businesses affected by the Coronavirus outbreak.

The London-based designer is best known for his luxury womenswear collections.

He employs 10 workers in Shanghai who focus on operations and creating samples. The brand shifted all of its production to China in 2017.

But following on from the coronavirus outbreak in December, many Chinese factories have suspended their operations as officials try to contain the deadly disease.

“Even when the factories reopen, not all of the workers will return immediately, so we’re not sure they’ll be working at full capacity,” Mr Chen says.

He expects a two to three week delay to deliveries, throwing off product launches that were due to take place in March and April.

He says there’s also uncertainty around whether or not Shanghai Fashion Week in March could be postponed, or cancelled.

“This is a key moment for us, where we would usually sell most of our Autumn-Winter 2020 collection.

“Store buyers come from all over China and the world to our showroom and place orders for their shops,” Mr Chen says.

He adds that the outbreak has caused him to rethink the next six months for the fashion label, which sells most of its garments in China.

“As a wholesale business for boutiques, we’re now having to be more creative in a business sense.

“We’re thinking of launching our own e-commerce platform, and developing our online reach. While the government and the world is trying to contain this, we’ll need to use it as an opportunity to try something new.”

‘Things are changing day by day’

There have been more than 17,000 confirmed cases of coronavirus and 361 deaths. Many Chinese cities are in full or partial lockdown.

Over in the UK the disruption is affecting not only smaller businesses but larger operations, too.

With more than 7,000 employees and a turnover of £1bn annually, Tulip Ltd is one of the UK’s largest fresh pork producers.

China is also one of its fastest-growing export markets.

Nick Purnell, head of corporate communications at Tulip Ltd, told the BBC that British pork exports to China “have more than doubled” in recent months.

“This is largely a result of shortages due to an outbreak of African swine fever. We’ve seen an increase in sales to China of about 80% year-on-year,” he said.

Tulip’s sales to wholesale businesses and restaurants located in China have seen a boost, where pork is often a staple in diets.

But Mr Purnell said the company anticipates congestion in Chinese ports could see a “short-term impact” on trade, potentially putting a dampener on strong sales.

Extra safety measures are in place at Chinese ports. The coronavirus originated in the port city of Wuhan in the Hubei province.

As for consumer demand being impacted, Mr Purnell said: “Things are changing day by day, and we’re working under the assumption that the outbreak will be bought under control at some point.”

“Usually, we factor in the Chinese New Year and plan our production around that,” says Tracey Dawson, the managing director of Daletech Electronics.

The company is based in Pudsey outside Leeds, and makes circuit boards.

“But, we were surprised to hear that that the factory that was due to send us materials this week is in one of the affected provinces – and is on lockdown,” she says.

Many UK technology firms depend on suppliers in China for electronics, but the coronavirus outbreak has disrupted production for some.

Tracey Dawson is the managing director of Daletech Electronics

Ms Dawson told the BBC’s Today programme that most of the materials the company uses are imported from China and other Asian countries.

She said that her team were sourcing some products from elsewhere, increasing costs and adding a “business pressure”.

She said: “The impact is of course, on our customers. We’re fighting to maintain delivery, and we will absorb the costs in the short term.

“But, if this isn’t resolved in a timely manner, we anticipate there could be problems.”

Charlie Netherton, UK managing director at Marsh Risk Consulting, said smaller firms often don’t have the resources to map out their supply chains and think of alternatives should something go wrong.

“That way, it might be unpleasant but it’s not as much of a shock.”