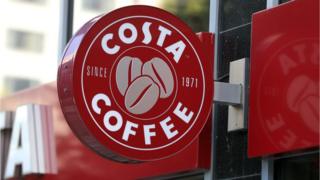 Complaints include managers’ alleged refusal to pay for sickness or annual leave, working outside of contracted hours and the retention of tips.

A Costa Coffee spokeswoman said an independent audit has been launched.

“Given the serious nature of the allegations, we have today informed all of our Individual Franchise Partners that we will be launching an independent audit into the legal and ethical compliance of their operations, including employment matters,” she said on Thursday.

The latest allegations surfaced after the BBC reported that staff at Costa stores, managed by Kafeel Khan’s Goldex Essex Investments Ltd, were being charged a minimum of £200 for their own training.

A previous complaint against the Costa franchise partner by ex-employee Daniel Gyori, for withholding wages, was upheld in court in the claimant’s favour.

An anonymous former employee at a store under Goldex Essex Investments Ltd claims they had almost £1,000 of their holiday pay deducted from their salary, despite being contracted to work 48 hours a week.

The employee claimed they worked, on average, 60 hours per week because of the expectation to arrive at the store at 05:30 in the morning.

The employee says they had accrued the necessary days to claim annual leave – as stated in the contract seen by the BBC – but still had pay deducted.

The complainant outlined a number of other working conditions that they found distressing. They say they found it “impossible” to find time to see their children due to the “long hours”, and suffered a severe amount of emotional distress as a result.

What is a franchise business?

A franchise is a type of licence that allows a third-party partner to have access and rights to a larger business’s logo, name and model, so that the partner can sell a product or provide a service under the business’s name.

Mr Aleo says: “We do not obligate staff to work more than 44 hours per week without their agreement.

He added that breaks “are given in accordance with the hours worked” and that the franchisee “fully [complies] with [his] statutory obligations”.

Another former employee at a Costa store managed by Mr Aleo’s Bristal Investments Ltd claimed that gratuity money earned by staff for good customer service was used to purchase presents for Mr Aleo and his wife and co-Director Kerry Morgan.

Mr Aleo says he is unaware of how tip money is spent.

“This is left to the store manager and his/her team of staff to administer. We are not aware of the quantum of any tips/gratuities enjoyed by the staff in each store,” he said.

A second employee at Mr Aleo’s Costa Coffee store claimed that employees “were not treated like human beings” and complained of a “complete lack of empathy and consideration of our feelings”.

In an email, leaked to the BBC by a third employee, a staff member asked if she could keep her mobile phone with her to keep in contact with her father who had been diagnosed with terminal cancer.

The manager refused to let the employee keep her phone, and suggested she give the Costa Coffee store number to the hospital instead.

The person who leaked the emails said the affected employee was “very upset” and “shocked” because she had worked there for seven years.

Mr Aleo said: “We reject the suggestion of a lack of empathy towards staff, and could cite numerous examples of granting compassionate leave when appropriate.”

Baristas and employees at managerial level have complained about the numerous deductions outlined in Costa Coffee contracts written by franchise partners.

One former manager at Goldex Essex Investments lost “£150 from [her] wages because [she] was five minutes late to opening the store”, she said.

Other fines outlined in the contracts were for used uniform that was damaged when returned to the employer, excessive waste and till discrepancies.

Seema Gill, a consultant employment solicitor at My Business Counsel says the deductions may be legally contentious.

Deductions for “maintenance and cleanliness of store equipment” led one anonymous employee at Goldex Essex Investments Ltd to “clean concrete posts and pull weeds out by fences next to the store”.

When the BBC approached Mr Khan for comment, he said he found it “extremely upsetting to hear the allegations about unhappy team members”.

He said: “There would be no repercussions for any employee who wanted to question their pay, holiday days etc and if a mistake had occurred we would rectify it immediately. We have recently re-communicated to staff all the ways they can contact us or raise any questions.”

But he added that he could not address the problems without reviewing the evidence.

In response to all of the allegations, a Costa Coffee spokeswoman added: “We take any allegations of this nature very seriously and would like to reassure team members and customers that we will not tolerate illegal and unethical behaviour in any circumstances under the Costa Coffee brand.”