Dating website ‘scammed me out of hundreds of pounds’ 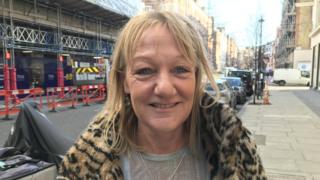 “An hour after I paid my £3 I got quite a few emails from people… and I thought ‘wow, these are so much better than people on other sites'”.

Sacha Cowlam is talking about her month-long trial with Dating.com.

Within days she’d been charged £271 and only managed to stop the website taking her money by getting her bank to block the payments.

Sacha says the website matched her with lots of men straight away who began sending her emails almost immediately.

“I clicked on the emails and it said ’10 credits to read this email’ but I’d engaged in a month long trial so didn’t take too much notice and just read the email.

Before long Sacha noticed an unusual payment of £15.99 from her bank statement but didn’t think too much of it as it was a relatively small amount.

“Then I got an alert form my bank to say I was overdrawn. I thought ‘Oh my goodness, what have I done?’ I looked at my balance there and then and saw several payments for £15.99.

In the space of just over two weeks Dating.com took 17 payments of £15.99. What Sacha didn’t realise is that each time she read an email it cost her 10 credits.

Twenty credits cost £15.99 and Dating.com set up auto-payment as the default option when Sacha gave her bank details to pay the £3 for her month-long trial.

That meant it was able to automatically charge Sacha £15.99 each time she read two emails, time and time again.

Dating.com says its terms and conditions are as clear and transparent as they can be. But at 12 full pages of A4 paper long, they may not be enforceable, says legal expert Gary Ryecroft.

“Any T&Cs which a company seeks to rely on must be prominent and explained to the consumer in order for it to be enforceable in law.

“A company cannot just say ‘It’s in the T&C’s – we got you’. So on that basis the consumer could sue the company for taking money under an unenforceable contract.”

Gary also says the fact the auto-payment box was ticked as the default option could be another potential breach of the Consumer Rights Act 2015 because it has a requirement for transparency “which has, on the face of it, been breached”.

Regardless of legalities, George Kidd, chief executive of the Online Dating Association (ODA), says Sacha has had a terrible experience and “unimpressed would hardly cover it”.

“I’m not happy with the idea that you’ve joined a service and the capacity to charge sits with the other parties and not Sacha.

“The most relevant [regulation] here is unfair commercial practices. As an ex-regulator I would be concerned that presenting something that costs £3 and highlighting that as the key fact, and not presenting the fact there could be further charges in days, is misleading.

“I mean what is the most relevant piece of information here? I don’t think it’s the £3.”

His advice is always look for a dating website with the ODA logo on it, look for reviews online and ask for recommendations from friends and family about which dating websites they’ve used.

Dating.com said in a statement: “If customers aren’t satisfied with the result of their communication with our customer support team they can always contact their card issuer to dispute the transaction.