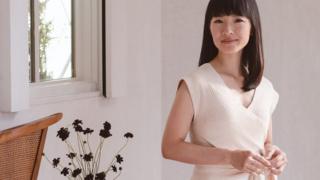 Japanese tidying guru Marie Kondo, who made her name preaching against clutter, is launching an online store selling homeware and fashion.

The author and media star has added a collection of more than 100 items that “spark joy” to her KonMari website.

In a letter posted on the site, Ms Kondo said her tidying method “isn’t about getting rid of things”.

Instead, she wrote: “It’s about heightening your sensitivity to what brings you joy.

“Once you’ve completed your tidying, there is room to welcome meaningful objects, people and experiences into your life.”

Ms Kondo’s books on organising have sold millions of copies and led to a spin-off series for Netflix.

Her online store, which also sells storage containers and trays, opened on Monday. Its debut comes a few months after Ms Kondo announced a partnership with Japanese e-commerce giant Rakuten.

The launch was greeted with a few eye rolls on social media.

“So now #mariekondo wants you to buy as much of her stuff as possible #ironic”, wrote one person on Twitter.

In an interview with the Wall Street Journal, Ms Kondo said the idea for a store came out of reader questions about what items she likes to use. But she said she is not trying to encourage consumerism.

“What’s most important to me is that you surround yourself with items that spark joy,” she said. “If the bowl that you’re using currently sparks joy for you, I don’t encourage replacing it at all.”