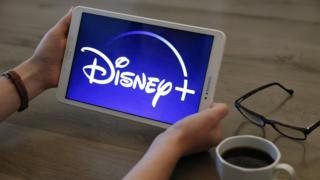 Sign-ups for Disney’s new streaming service have shot past expectations, as audiences respond to the offering of Star Wars, cartoons and other classics.

Walt Disney said about 28.6 million people had signed up for Disney+ since it started in November.

The on-demand video service, which costs $6.99 (£5.36) per month, is Disney’s answer to the rising competition from Netflix.

Disney+ now has almost as many subscribers as the firm’s existing on-demand streaming service Hulu, which was founded in 2007 and offers shows from US television.

“The launch of Disney+ has been enormously successful, exceeding even our greatest expectations,” Mr Iger said on a call with analysts after the release of the company’s quarterly earnings.

Disney also warned investors that its operating income in the next quarter would take a nearly $300m hit due to the coronavirus outbreak in China, which has prompted the closure of its parks in Shanghai and Hong Kong. That assumes that they are closed for two months.

Disney announced in 2017 that it would create its own streaming service, aiming to combat the declining audiences for its traditional business as viewers move online.

Shortly after, it announced a deal to buy the bulk of Rupert Murdoch’s 21st Century Fox entertainment empire, as it looked to bulk up its catalogue to compete.

“I’m enormously proud of what we have accomplished in a relatively short period of time and believe we are well positioned to not only withstand the disruptive forces … but to thrive,” Mr Iger said.

Most of the current subscribers come from the US and about half signed up directly through the site, he said. He attributed part of the appeal to Disney’s “very accessible” price.

International expansion of Disney+ is the firm’s next priority, he added.

The service is currently available in five countries, including the US and Canada. It is due to launch in the UK, and other countries in western Europe, next month. Mr Iger said the service will also launch in India in March.

Disney said revenues in the quarter were up 36% year-on-year. However profits declined from $2.8bn to $2.1bn, amid heavy spending on its on-demand offerings.