January 19, 2020 by Joshua Marshall No Comments 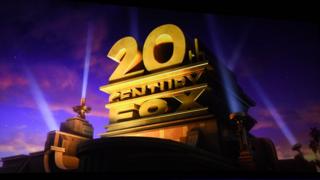 The 20th Century Fox logo will lose a word but retain the same look, according to reports

Disney executives have cut the word “Fox” from their 20th Century Fox film studio in an apparent bid to distance it from operations of the previous owner, Rupert Murdoch.

US media suggests Disney does not want to be associated with the media mogul’s highly partisan, right-wing Fox News network.

However, Disney has not clarified its reasons.

It bought the studio, with other media operations, in a $71bn deal last March.

20th Century Fox is known for producing some of the biggest films of all-time, including Avatar and Titanic.

Variety magazine, which broke the news about the name change, said it had spoken to an unnamed Disney source, who said: “I think the Fox name means Murdoch, and that is toxic.”

Hollywood is known for being liberal, unlike the Australian tycoon.

Staff emails were changed on Friday, from @fox.com to @20thcenturystudios.com or @searchlight.com.

The original 20th Century Fox company was formed in 1935 following a merger.

Rupert Murdoch’s News Corporation bought it in the mid-1980s, and the Fox News channel was created in 1996, growing to become most-watched in the US.

News Corporation was later split into News Corp and 21st Century Fox – which Disney acquired as the parent company of various film and television studios, including the renowned 20th Century Fox.

The Murdoch family retained the news outlets in a spin-off company, Fox Corporation, which is run by Rupert Murdoch’s son Lachland.

Disney also runs 20th Century Fox Television and Fox 21 Television Studios. Any changes to their names have not been announced.

Disney is already a dominant force in US news, as the owner of the ABC network. It is also hoping to challenge Netflix with its own streaming service Disney+, which launched in the US last year.