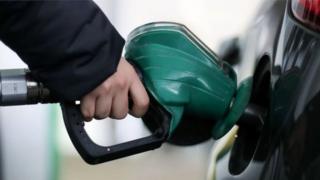 Drivers are already feeling the effects of climbing oil prices driven by growing tensions between the US and Iran, according to the RAC.

“Prices at the pump have already increased by about a penny a litre,” said Simon Williams, who tracks fuel prices for the company.

The average price per litre of petrol is currently £1.27, with diesel costing £1.32, he told the BBC.

That may increase if tensions grow between the US and Iran, he warned.

“It all depends on what happens between Tehran and Washington,” he told the Today programme.

“If things get more fraught then the oil traders will get more concerned and we could see the price rise.”

The price of oil has spiked by as much as 6.7% since the US killed Iranian military commander Qasem Soleimani in a drone strike ordered by Donald Trump.

But Brian Madderson, the chairman of the Petrol Retailers Association, has warned against quickly trying to find a correlation between rising geopolitical tensions in the Middle East and the recent fuel price increase.

“Prices were due to rise anyway,” he said.

And the cost of oil is not the only factor that affects petrol prices.

Mr Williams said: “There are several things unfortunately conspiring to make the price of fuel go up.”

Oil producers’ cartel Opec, the Organization of the Petroleum Exporting Countries, has been limiting the supply of oil with a view to forcing an increase in prices.

How does the price of petrol work?

More than half of the petrol price goes to the Treasury.

As a proportion of the petrol price, UK motorists pay the highest taxes in Europe, according to the RAC. Around 82p is added to every litre bought.

The rest of the fuel price is determined by what your filling station paid for it.

Changes in the value of the pound can have an impact, as oil is priced in dollars. If the pound weakens against the dollar, then it will be more expensive for a UK retailer to buy oil.

Should petrol prices rise because of tensions between the US and Iran?

Not necessarily. There are no rules for how petrol prices should react to changes in the oil price.

But the RAC’s Mr Williams says what we pay for fuel tends to “rise like a rocket” on news of oil price hikes, but then it rarely declines again at the same pace when oil becomes cheaper.

“Everyone talks about a supermarket war, but we could do with one actually,” he says.

Michael Haigh, head of commodities research at Societe Generale, said: “A political leader killed on January 3 should not theoretically affect what you pay at the pump.”

Companies can buy their petrol ahead of time, he explained, and they buy it in bulk directly from the energy companies.

Supermarkets such as Morrisons and Tesco tend to work with short contracts that are priced by the oil markets on a bi-weekly basis.

Therefore, if supply fears truly hit the market, then the price of those contracts will rise.