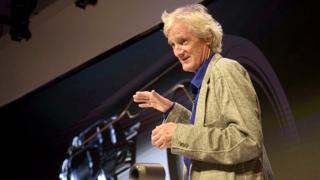 Dyson, the UK-based company best known for its vacuum cleaners, has scrapped a £2.5bn project to build electric cars.

The firm, headed by inventor Sir James Dyson, said its engineers had developed a “fantastic electric car” but that it would not hit the roads because it was not “commercially viable”.

In an email sent to all employees, Sir James said the company had unsuccessfully tried to find a buyer for the project, launched in 2017.

In October 2018 Dyson revealed plans for an electric car plant in Singapore,

It was expected to be completed next year with the first vehicles due to roll off the production line in 2021.

The company also revealed it would invest £200m in research and development and test track facilities in the UK, much of which has already been spent. Dyson said the site would now be used for other projects.

The first cars had already been developed and were being tested.

But in an email on Thursday, Sir James revealed that Dyson was closing electric car facilities both in the UK and Singapore.

‘Not a product failure’

The project employed 523 people, 500 of whom were in UK, and Sir James praised their “immense” achievements.

“This is not a product failure, or a failure of the team, for whom this news will be hard to hear and digest,” Sir James wrote.

But, he said: “We have tried very hard throughout the development process, we simply can no longer see a way to make it commercially viable.”

“The Dyson automotive team has developed a fantastic car; they have been ingenious in their approach while remaining faithful to our philosophies.”

He said the firm was trying to find alternative roles for the workers in its home division, which makes things such as vacuum cleaners, fans and hairdryers.

Sir James said Dyson would continue to work on the battery technology, which was used in the car.

“Our battery will benefit Dyson in a profound way and take us in exciting new directions.”

“In summary, our investment appetite is undiminished and we will continue to deepen our roots in both the UK and Singapore,” he said.

“This is not the first project which has changed direction and it will not be the last.”