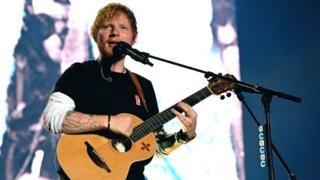 Warner Music Group, home to a host of stars including Ed Sheeran and Bruno Mars, plans to sell shares in the US.

Billionaire Len Blavatnik bought the company for $1.3bn in 2011, when the industry was in the depths of a multi-year slump.

He looks set for a major windfall as music sales have jumped in recent years.

This has been helped by the rapid growth of paid streaming services such as Spotify and Apple.