Energy bills set to fall for millions of households 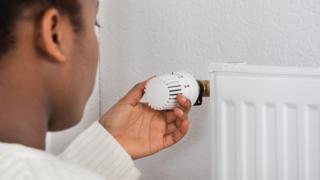 Energy bills are to fall for millions of British households this April after the regulator lowered price caps.

Ofgem has reduced the default price cap and pre-payment meter cap by £17, which the regulator said would lower bills for about 15 million households.

The cap was introduced to protect customers on poor value default or standard variable tariffs.

The default price cap, which protects about 11 million households, is set to fall from £1,179 to £1,162 for the April-September period.

The pre-payment meter cap, which protects a further 4 million households, will fall from £1,217 to £1,200 per year for the same six months.

Wholesale gas and electricity prices are currently at their lowest levels for about 10 years, and there had been speculation that Ofgem would make deeper cuts, of between £20-£60.

Ofgem said in its statement that “a strong supply of gas, such as record amounts of liquefied natural gas and healthy gas stock inventories, has been the main factor pushing down wholesale prices”.

Mr Brearley said the default price cap was designed to “protect consumers who do not switch from overpaying for their energy, whilst encouraging competition in the retail market”.

“Suppliers have been required to become more efficient and pass on savings to consumers. In its first year, the cap is estimated to have saved consumers £1bn on average on their energy bills and switching rates have hit record levels.

“Households can reduce their energy bills further by shopping around for a better deal,” he added.

Earlier this week, data from consumer group Which? suggested that the number of energy deals priced at under £1,000 a year had surged over the past 12 months.

Which? looked at the availability of cheaper energy tariffs priced under £1,000 a year for a medium user. It found 78 deals available, compared with just 12 when the energy price cap was first introduced on 1 January 2019.

Ofgem, which reviews the price cap every six months, also said it would carry out a review this summer on whether the market conditions exist for the default price cap to be lifted or be extended past the current year.

The regulator has faced intense scrutiny from MPs and pressure groups to control price increases amid complaints that suppliers had been been overcharging for electricity and gas.