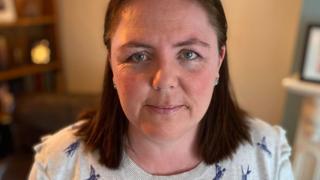 When Clare Crisp received an email from her energy provider, Shell Energy last November, she was shocked and confused.

Her direct debit had been nearly doubled from £72 to £130 per month, despite her account previously being £148 in credit.

“I looked at my bills and thought: what on earth has gone on?” she says.

Eventually she worked out what the energy firm had done. It had gone back five-and-a-half years, cancelled her previous electricity bills and re-billed her with higher amounts, adding up to an extra cost of £512.

It looked as though Shell Energy had looked back over her billing history, decided that she hadn’t been paying enough and charged her for it now.

In 2018, the energy regulator, Ofgem, banned companies from issuing these kinds of catch-up bills for energy used more than 12 months earlier.

The ban was introduced to ensure customers such as Clare wouldn’t be left struggling financially, or even in debt, after receiving unexpected bills.

Shell Energy says that once it was notified of the mistake, it was corrected. Clare’s account was refunded with the full amount of £512 and her direct debit amended.

It also added that all of its customer accounts were monitored by “dedicated teams”.

Figures released to BBC News by the Energy Ombudsman show that it resolved 2,539 complaints about back-billing in 2019, the first full year in which the ban applied.

This was an increase of more than a third, from 1,903 complaints in 2018. It also said more complaints were upheld last year.

The Energy Ombudsman is responsible for looking into complaints about energy suppliers if customers are unhappy with the outcome or have not received a timely response from the company. It can also make a supplier change its decision.

Citizens Advice, which runs a national consumer helpline and website, said it helped 2,691 people in England and Wales with catch-up bills in the year to November 2019.

Billing errors are the most common problem reported to the helpline, the charity says.

Previous research by Citizens Advice suggested that the typical back bill was £1,160. In extreme cases, they exceeded £10,000.

Gillian Guy, chief executive of Citizens Advice, said that a “large and unexpected bill is very worrying for anyone who receives it”.

Ms Guy added: “Customers who think their gas or electricity supplier may be billing them unfairly should contact the company directly in the first instance.”

A spokesperson for the Ombudsman added that energy companies were having to “get to grips” with the new rules on billing.

They said: “It’s important to point out, however, that any decision to uphold a back-billing complaint may or may not be due to a failure on the energy supplier’s part to apply the new rules correctly.”

How did the rules change?

From May 2018, energy firms were banned from back-billing domestic customers for energy used more than 12 months ago.

Back bills are typically issued when suppliers estimate bills if they haven’t received regular meter readings. Once a firm has the readings, they might send a catch-up bill if the estimated charge was too low.

The ban started in November 2018 for the smallest businesses.

The only exception is when customers have purposefully prevented the company from taking a reading.

Some of the biggest suppliers had already been doing this before the ban as part of a voluntary agreement.

Clare initially joined First Utility in May 2014. But after the company’s takeover by Royal Dutch Shell, it was rebranded.

“I was told that I didn’t need to do anything – and nothing changes. I just stayed with them because everything was the same,” she says.

Clare says that she was confused as to why she received a large “back bill” from the supplier after providing accurate meter readings.

“I had a smart meter installed in 2017. But even before that, when I was sending meter readings through, they were accurate and I was billed for exactly what I used.”

She said: “I’m absolutely going to cancel my contract with them. It might cost me £100 in exit fees, but with the way I’ve been made to feel, I don’t want to give them any more of my custom.”

If you think you might have been back-billed unfairly, Citizens Advice, the energy regulator Ofgem and the Energy Ombudsman offer guidance on their websites.