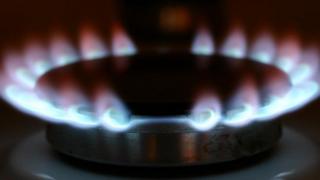 Energy supplier Toto has ceased trading, becoming the 16th smaller provider to go bust since the start of last year.

The company, which had 134,000 domestic customers, had bought 43,000 of those from another failing supplier – Solarplicity – in July.

Energy regulator Ofgem said it did not have the power to step in at the time of that handover.

The regulator said Toto customers should take a meter reading.

But it stressed that their energy supply will not be cut off. They should not switch away but wait for another supplier to be appointed to take up their account.

“Toto Energy customers do not need to worry, as under our safety net we’ll make sure your energy supplies are secure and customers’ credit balances are protected,” said Philippa Pickford from Ofgem.

Thousands of Toto customers will be furious at their treatment, having been automatically been shifted from Solarplicity in July.

Solarplicity went bust in August after being crippled by poor service and many customers found that nothing improved at Toto.

They will soon find themselves with their third supplier in as many months.

Toto owed £4m in its renewable energy obligations to Ofgem, with a deadline for payment looming at the end of the month. Three other suppliers have outstanding bills.

“Toto were known to be struggling with customer service and running their operations efficiently,” said Cordelia Samson of price comparison website Uswitch.

The Energy Ombudsman has said it is unlikely to be able to complete any ongoing cases against Toto, and would not be able to deal with any new complaints.

Ofgem has proposed stronger powers that would allow it to step in when smaller suppliers grow to such a size that they struggle to provide adequate customer service.

A spokesman said the current rules meant that it could not have approved or rejected the purchase of customers by Toto from Solarplicity.

Among the host of smaller suppliers that have gone bust, Toto is the fourth-largest in terms of domestic customers to have failed since November 2016, behind GB Energy, Economy Energy and Spark Energy.