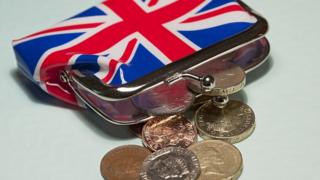 The UK budget deficit is £1-£1.5bn less than what had been previously reported after a statistical error, the Office for National Statistics has said (ONS).

The ONS now says there was “an error in the measurement of local government social benefits”.

A corrected version will be published early next week.

The error meant the budget deficit for the month of September alone was about £250m too high. The ONS had said last month’s shortfall was £9.4bn.

In a statement, the ONS said: “We have identified an error in the measurement of local government social benefits in the current financial year to date (April to September 2019) and will be correcting this at the earliest opportunity.”

It’s not the statistics body’s first mistake. In August, the ONS admitted to miscalculating the level of migration from the EU to the UK from the mid-2000s to 2016.

As a result, the status of the immigration figures compiled by the ONS was downgraded to “experimental”.