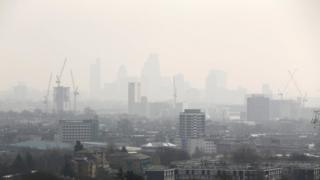 The industry trade body said providing this information should now be standard practice.

“Air quality is now public information, and it will never not be again,” said Mark Hayward, chief executive of NAEA Propertymark.

His comments came as a new website was launched which details air pollution by postcode.

The site, called addresspollution.org, uses data from King’s College London to give the level of nitrogen dioxide.

The website has been created by the Central Office of Public Interest (COPI), a not-for-profit campaign, the Times newspaper reports.

The site is currently limited to properties in London. It shows the concentration of nitrogen dioxide in the air and compares it to the World Health Organization’s annual legal limit of 40 micrograms per cubic metre.

Long term exposure to high concentrations of the gas have been linked to early deaths.

More and more people are interested in air quality when it comes to choosing where to live, said Henry Pryor, a buying agent of 33 years.

He says he has included pollution data in his reports for clients for the last five years.

People interested in air quality probably won’t ask for discounts, but instead shun a particular area, which may depress prices, he said.

The number of electric car models available to consumers in Europe is expected to triple by 2021, the European Federation for Transport and Environment said in July.

His clients in London often look to the city’s congestion charge zone for cleaner air, he said, as well as homes near the city’s parks.

“More and more people are interested in what they are breathing,” he said.