Every McDonald’s in Peru shuts to mourn dead workers 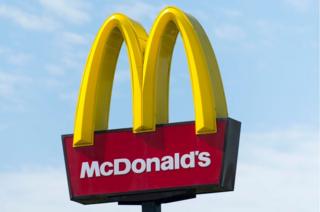 Every McDonald’s in Peru has been closed for two days of mourning, after two young employees were electrocuted at a branch in the capital, Lima.

The New York Times reports they were killed by a loose cable on Sunday.

Police said Ms Porras Inga suffered an electric shock from a drinks machine, and Mr Campos Zapata was electrocuted when he tried to help her.

Emergency services found both teenagers dead at the McDonald’s branch in the Pueblo Libre area of Lima. Peru’s public prosecutor’s office has opened an investigation.

In a statement on Monday, McDonald’s operating company in Peru, Arcos Dorados, said it shared “the sorrow and extreme pain of the affected families”, and would co-operate with authorities to establish what happened.

Protesters gathered in Lima the next day to demand improvements to workplace safety. On social media, many young people shared stories of their perilous working conditions, casting light on a nationwide problem.

The Guardian quoted Silvia Cáceres, Peru’s labour minister, as saying: “If the rights of these young people have been violated, we will proceed with the sanctions – although the money is not important because a life has no price.”