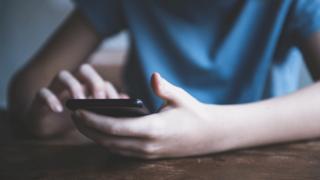 They reveal 11.6 million pieces of content related to child nudity and child sexual exploitation were taken down between July and September 2019.

For the first time, Facebook is also releasing figures for Instagram and including numbers for posts related to suicide and self-harm.

This follows a public outcry over the death of 14-year-old Molly Russell.

The teenager killed herself in 2017 and her father then found large amounts of graphic material about self-harm and suicide on her Instagram account.

In a blog, Facebook vice-president Guy Rosen said: “We remove content that depicts or encourages suicide or self-injury, including certain graphic imagery and real-time depictions that experts tell us might lead others to engage in similar behaviour.

“We place a sensitivity screen over content that doesn’t violate our policies but that may be upsetting to some, including things like healed cuts or other non-graphic self-injury imagery in a context of recovery.”

The figures, in Facebook’s fourth Community Standards Enforcement Report, reveal that between July and September 2019:

Facebook said it had removed more than 99% of the content associated with al-Qaeda, the Islamic State group and their affiliates.

From January to March 2019, for example, it took down 5.8 million pieces of content related to child nudity and sexual exploitation of children.

But future efforts to clamp down on harmful content could be hampered by the social network’s self-styled “pivot to privacy”, announced by chief executive Mark Zuckerberg, in part in response to the Cambridge Analytica scandal.

The end-to-end encryption on Facebook-owned WhatsApp will be extended to Facebook Messenger and Instagram, with Mr Zuckerberg acknowledging there would be a “trade-off” that would benefit child sex abusers and other criminals.

Molly Russell’s father, Ian, led calls for Instagram to reform – and, to be fair, it has made a start, banning images, pictures and even cartoons, that encourage or promote self-injury, so no more razor blades, bottles of pills or nooses.

Already that kind of thing is harder to find on Instagram than it was a year ago.

So what do we now hear from Instagram’s parent company, Facebook?

For the first time, it is revealing how much of that kind of depressing, graphic damaging material it has been taking down, on both platforms – a little late some might think.

The second area is around child abuse material. In the third quarter of 2018, Facebook removed 8.7 million pieces of content related to child nudity and child sexual exploitation.

In the same period this year, that figure had risen to 11.6 million.

Now, either Facebook is doing an even better job of detection than before – or it has lost control of the problem.

After all, it is not as though the company is new to this issue – it has been a member of the Internet Watch Foundation, which actively hunts for this kind of content, for more than a decade.

It has also been using sophisticated search-and-takedown software, such as Microsoft PhotoDNA, since 2011.

But still the images of child sexual abuse keep coming, in ever greater quantities.

And what is heading down the track? Mr Zuckerberg’s plans to introduce encrypted messaging on the apps – which at a stroke throws an invisibility cloak over all communications.

Facebook may not be able to see what you’ve sent, but, possibly, nor will PhotoDNA or, crucially, the police.