General Election 2019: Public spending ‘to rocket’ in next parliament

November 4, 2019 by Joshua Marshall No Comments 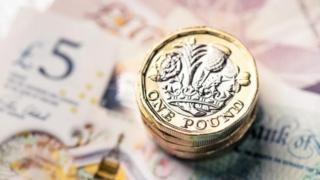 Government spending is likely to head back towards 1970s levels over the next parliament whichever party wins the general election, research suggests.

Think tank the Resolution Foundation said both Labour and the Conservatives were planning big increases in the size of the state.

But it said they faced “huge questions” over how they would pay for it.

The Conservatives said they were focusing on people’s priorities. Labour has been contacted for a response.

The 1970s are often described as a period of economic turmoil for the UK, with public spending soaring during the decade.

Manifestos for the 12 December general election have not been published yet.

But the Resolution Foundation, which aims to promote higher living standards for people on low and middle incomes, based its estimates on what the main parties have promised to date, as well as the underlying trends affecting the UK economy.

It said that if the Conservatives won and simply maintained current spending levels – which were recently raised – then public spending as a share of the economy was likely to climb to 41.3% by 2023-4.

However, any further spending increases on areas like the NHS would take it above the 1970s average, the Resolution Foundation said.

If Labour won the election, by contrast, the think tank said government spending as a share of GDP was likely to rise to 43.3% by 2023-4.

That assumes the party would re-commit to the £48.6bn of extra spending it promised in its 2017 manifesto, while investing billions extra in capital infrastructure projects.

“This would mean the size of the state under Labour being significantly above the 1970s average,” the Resolution Foundation said.

Labour has argued that its spending plans will create a fairer society and continue to grow the economy.

He said: “We make no apologies for focusing on the people’s priorities. At this election, we will set our plans in a fully funded manifesto, balancing the need to keep borrowing under control and investing in our future.”

However, the Resolution Foundation said that given current economic uncertainty facing the UK – and the growing cost of an aging population – both parties needed to explain how they intended to pay for their plans.

Matt Whittaker, deputy chief executive of the Resolution Foundation, said: “After an unprecedented decade of austerity, both main parties are gearing up to turn the spending taps back on.

“Whichever party wins is going to face huge questions about how they are going to pay for Britain’s growing state. The fact is that whatever promises are made over the course of this election campaign, taxes are going to have to rise over the coming decade.”

It said that Labour had specified £49bn of tax rises, but these were unlikely to be enough to fully fund its plans.

On the other hand, it said the Conservatives had placed more of an emphasis on tax cuts – leaving an “even bigger funding question” over their economic plans.