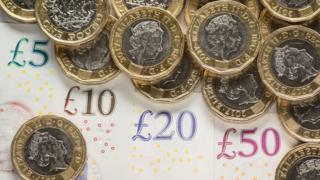 Neither the Conservatives nor Labour are offering “credible” spending plans ahead of the election, an influential research group has said.

The Institute for Fiscal Studies (IFS) said it was “highly likely” the Tories would end up spending more than their manifesto pledges.

Labour, it warned, would be unable to deliver its spending increases as it has promised.

Neither was being “honest” with voters, director Paul Johnson said.

He said that the Conservatives were continuing to “pretend that tax rises will never be needed to secure decent public services”.

Labour, he added, “pretends that huge increases in spending can be financed by just big companies and the rich”.

The IFS has been analysing the tax and spending plans of all the main parties ahead of the 12 December poll.

Mr Johnson also said it was “highly likely” Labour would need to raise taxes beyond what it is promising to pay for its proposed £80bn a year in extra spending, he said.

“In reality, a change in the scale and the scope of the state that they propose would require more broad-based tax increases at some point.”

He criticised a Tory pledge not to raise income tax, national insurance or VAT over the next five years as “ill advised”, adding the government would “regret” it.

He also added that the party had “failed to come up with any kind of plan or any kind of money” for social care services.

Stuart Adam, senior research economist at the IFS, warned that Labour’s promise that its plans would only raise taxes on the richest 5% of taxpayers was “clearly not true”.

He said the party’s proposals to scrap a tax break for married couples and change taxes on company dividends would also affect people outside this bracket.

The Liberal Democrats are “the most fiscally prudent” in terms of the public finances, Paul Johnson said, but given the uncertainty around Brexit, it was difficult to say whether they or any other party would be able to deliver their plans.

Do you have any questions about the forthcoming election?

In some cases your question will be published, displaying your name, age and location as you provide it, unless you state otherwise. Your contact details will never be published. Please ensure you have read the terms and conditions.

Use this form to ask your question:

If you are reading this page and can’t see the form you will need to visit the mobile version of the BBC website to submit your question or send them via email to YourQuestions@bbc.co.uk. Please include your name, age and location with any question you send in.