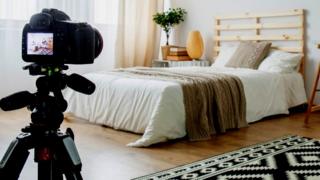 Some of the models duped by the owners and operators of the GirlsDoPorn website had become suicidal, he said.

They were told the videos were for a private collector or overseas DVDs, according to the 181-page judgement.

The women – aged 18-23 when they shot the videos – were also assured the videos would never appear online.

Due to the one-time-only amateur paradigm, GirlsDoPorn required a constant stream of new models to keep the content on the website fresh.

The San Diego court ruled that the site used fraudulent practices to recruit new models including taking “calculated steps to falsely assure prospective models that their videos will never be posted online, come to light in the United States, or be seen by anyone who might known them”.

The website operators had also assured models that their real names would never be linked to the videos.

However, the court heard evidence that the accused had shared private and identifying information about the models on third-party forums that resulted in some of them and their families, being harassed online.

In a bid to recruit new talent, GirlsDoPorn persuaded former models to text words of reassurance to prospective models who were worried that the videos might be posted online.

On the day of the shoot, models were often given alcohol and cannabis before being asked to sign an eight-page contract.

He said that the videos had become common knowledge to the women’s friends and family due to the tactics used by those behind GirlsDoPorn.

“As a result, plaintiffs have suffered and continue to suffer far-reaching and often tragic consequences,” he wrote.

“Collectively, they have experienced severe harassment, emotional and psychological trauma, and reputational harm; lost jobs, academic and professional opportunities and family and personal relationships; and had their lives derailed and uprooted,” he continued.

“They have become pariahs in their communities. Several plaintiffs have become suicidal.”

Judge Enright gave both sides 15 days to appeal against his decision.

The allegations filed against them are the same as those in the civil case.

Wolfe and Garcia are currently in federal custody. Pratt is a fugitive believed to be in New Zealand, his home country.

“Our clients were real,” said Ed Chaplin, the lawyer representing the women, according to CourtHouseNews.

“They had similar stories because the defendants told the same lies to everyone,” he said.

“I sat and talked to a lot of women. My heart just wept for them, how their lives have been impacted by this and how they were sucked into doing what they did.

“The attitude these defendants expressed when the women complained [and] the scheme to shut them up was despicable.”

CourtHouseNews reported that lawyers for GirldDoPorn declined to comment when approached.