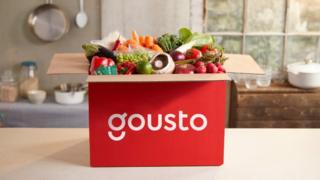 The firm, which delivers meal kits directly to customers, is set to hire about 400 staff at its distribution centre in Spalding, Lincolnshire.

A further 300 will be hired at its headquarters in London.

Gousto secured a £30m investment two months ago, and plans to expand following a period of rapid sales growth.

It currently employs more than 500 staff and will recruit more over a period of three years.

The £30m cash boost investment firm Perwyn takes its total external investment to more than £100m since its creation in 2012.

The money will be used to expand its rapidly growing technology team, while roles will also be created in data science, analytics, software engineering and user experience, the company said.

Timo Boldt, chief executive officer and founder of Gousto, said he is proud to be “bucking the trend” in job creation, after a recent decline in the total number of new job vacancies in the UK.

He added: “The 700 jobs we will create over the next three years will enable us to keep pace with rapidly changing consumer behaviours.

“Growing Gousto and fulfilling our ambition to become the UK’s best loved way to eat dinner, requires a specific focus on our technology team.”

Gousto said it hopes its expansion strategy will help to grow its position as “one of Europe’s leading technology enabled companies”.