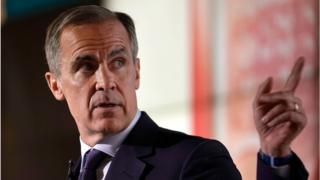 An audio feed of the Bank of England’s press conferences was leaked to hedge funds before they were broadcast, the Bank has admitted.

The Bank said one of its suppliers had “misused” the feed, which is used as a fall-back in case the video broadcast fails.

It meant traders had access to the words of Mark Carney and his officials between five and eight seconds early.

The Bank of England said it had disabled the supplier’s access.

The hijacking of the audio feed, first reported in the Times, gave an advantage to high-speed traders, such as currency speculators, who can make millions of pounds on tiny market moves.

Comments from Bank officials about market sensitive matters such as interest rate decisions can affect the value of sterling and other market assets within fractions of a second.

The Times said it understood that the eavesdropping on the press conferences had been happening at least since the beginning of this year.

The Bank said that since the leak “was wholly unacceptable use of the audio feed” and the way hedge funds were allowed to make use of it was “without the Bank’s knowledge or consent, and is being investigated further”.

The matter has been referred to the market regulator, the Financial Conduct Authority.

The back-up audio feed was never intended for outside use, and it was this that was hacked and leaked to high speed traders.

Any early information found in a Bank of England press conference would be an unfair advantage if heard early. Often the interest rate is discussed alongside the financial health of banks and markets.

A statement from the Bank said: “The Bank operates the highest standards of information security around the release of the market sensitive decisions of its policy committees”.

The audio feed, which was installed years ago as a fail safe was hacked and shared to other companies. The Times says it has seen documents that reveal how the service was sold on to traders.

The news feed from which the audio was leaked has not been named, but the Times said the supply cost between £2,500 and £5,000 a press conference for each client in addition to a subscription fee.

It also says press conferences from the European Central Bank, the US Federal Reserve and the Bank of Canada were also on offer.