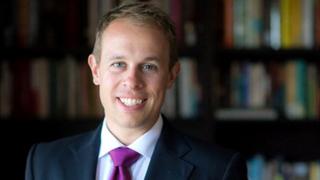 Since Doug Putman rescued UK music retailer HMV in February, he has thrown himself wholeheartedly into running a transatlantic retail empire.

The Canadian businessman has found himself jetting back and forth between his Ontario-based Sunrise Records chain and his newer acquisition.

Now he faces his latest challenge, the all-important Christmas period.

“That’s crunch time,” he says. “All the hard work you do for 10 months of the year, that period is when you see it come to fruition and you see how good a job you did.”

A lot is riding on the chain’s performance over the festive season. HMV has twice fallen into administration, in 2013 and 2018, and Mr Putman acknowledges that many people didn’t expect his relaunch to last six months.

After all, there have been plenty of casualties in the sector. At the start of the 21st Century, there were a number of other big retailers selling records and CDs, including Virgin, Our Price, Tower and Fopp.

But now, although many local independent shops are still in robust health, HMV is the only national chain standing, with Fopp as its wholly-owned subsidiary.

Poor Christmas sales have capsized many a High Street retailer in recent years, but Mr Putman is pinning his hopes on the chain’s “loyal fan base” and the changes he has been making.

As he sees it, many shops have run into trouble by trying to be all things to all people.

“I think stores trying to appeal to everyone are really getting left behind,” he told the BBC.

“If your goal in life is to make everyone like you, that’s not going to happen. We have to identify the core customers, make sure we know what they expect from us and deliver on that.”

So who are those core customers? Young or old? “It’s not about their age, it’s about what they’re into,” he says. “We have a younger generation coming in to buy K-Pop and vinyl.

“It’s about people who want something tangible, who appreciate physical formats and talking to the staff – it’s the personal touch. They want something physical, whether it’s for gift-giving or collecting.”

Under Mr Putman’s ownership, stores have given more space to vinyl albums and displayed them prominently, although he admits that CDs are still bigger than vinyl for HMV.

In a music industry that is increasingly dominated by streaming, record shops have to be attuned to changing trends in physical formats.

Reflecting the vinyl revival is one of a number of “easy wins” that Mr Putman says he has achieved in the past seven months.

Others include displaying staff picks in stores and allowing individual stores to go their own way in terms of choosing the right stock for their local customers.

“I don’t believe in taking away too much control from stores and micro-managing from head office. If your customers want more metal, let’s get more metal,” he says.

“It’s about allowing stores to create their own assortment mix. When I’m doing my store visits, I’m seeing it change.”

Looking ahead, Mr Putman wants to establish HMV as the trusted gatekeeper in a crowded cultural environment.

“We need to be the expert in the entertainment field. We need to cut through the noise,” he says.

“It’s a bit overwhelming at times: what movie, what show do I want to watch? These are small things that we need to do better.”

HMV now has 113 shops, but is suffering from the lack of a big central London outlet since the closure of the heavily loss-making flagship store in Oxford Street in the wake of Mr Putman’s takeover.

“We’re just trying to find a location that makes sense. Oxford Street was a very, very big location, but we couldn’t make the financials work. If we can find that right location, we will certainly be back,” he says.

New shops are already coming to other cities, with a 25,000 sq-ft store known as the HMV Vault now open in Birmingham.

This boasts “an unrivalled range” of music and DVDs, plus a permanent stage area and PA sound system, in line with Mr Putman’s intention to “make the stores more exciting”.

Also in the run-up to Christmas, HMV’s online store and its Purehmv loyalty card scheme are being revived.

“We’re lucky to be in an industry that you’re either passionate about it or you’re not. That’s been its strength from day one. It attracts people who love talking about film or music,” he says.

But even if HMV is making progress, Mr Putman knows he cannot afford to become complacent.

“The minute you feel you’re exactly where you need to be and nothing needs to change, that’s when you start falling into problems,” he says.

“You need to be always changing, while staying authentic to what you are.”

However, retail analyst Richard Hyman questioned whether the business would continue to progress when having to fight against online giants such as Amazon.

“The challenges facing HMV are that the product is the same wherever you buy it from,” he said. “Increasingly in retail, it’s going to be difficult selling someone else’s product.

“Things like scale become the main differentiator. Only one person can be the cheapest and have the best and most convenient delivery.”

Mr Hyman said the trouble with offering a wide range of products and having “fantastic” customer service was that “they will kill your trading economics because they are both very expensive”.

“Back in the day, when retail was less cut-throat and before the internet came along, that was a viable store,” he said. “That has become increasingly difficult when your main competitor has got the scale to blow you out of the water.”

He added that the UK retail market was the “toughest on the planet”, in part due to the ease with which retail firms could enter the market by buying an off-the-shelf website and partly due to softer consumer demand.