January 25, 2020 by Joshua Marshall No Comments 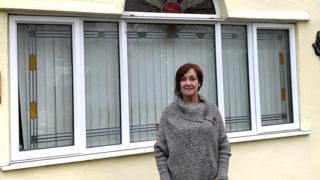 Home sellers could be at risk of losing large sums of money when using quick-sale estate agents to find a buyer, Trading Standards has warned.

It has seen dozens of cases of people losing tens of thousands of pounds off the market value of their homes.

Some homeowners will accept a lower offer price to secure a speedy sale, and many firms provide a good service.

But investigator Alison Farrar said Trading Standards had “a few of these companies on their radar” at present.

“I would imagine there are quite a few more we don’t know about,” she added.

Adverts on social media and in national newspapers promise to sell people’s homes within seven or 14 days, and in many cases offer a valuable service for people needing to sell quickly.

But Radio 4’s Money Box programme has heard examples where people have had the offer price of their homes reduced, without their knowledge or permission, by tens of thousands of pounds.

Marianne Phillips is worried her three bed semi, which she agreed to put up for sale at £250,000, has effectively been devalued by the company she used. It dropped the asking price by £20,000 without her knowledge or permission.

When she found out, Marianne says she was “absolutely incredulous”.

“No way did I ever give my approval for that, I was absolutely devastated. It’s a lot of money to reduce a house by without ever getting in touch with the person who owns it,” she says.

“The equity I’ve built up in the house, they’ve just potentially wiped a lot of that out by reducing it by £20,000.

“It could have quite a dramatic effect on my future”.

After Marianne’s deal with the quick sale estate agent she was using ended, she relisted with a more traditional agent. This makes it hard to put an exact figure on how much money she might have lost.

What is clear though is the stress and anxiety she has suffered, given her concern that her home has been potentially devalued by tens of thousands of pounds.

Lowering the sale price of a property without the seller’s permission is also against the law.

Lee Reynolds, a lawyer who specialises in Trading Standards law, says “dropping the price of someone’s house is a potential breach of what’s called Consumer Protection from Unfair Trading regulations”.

“That’s punishable by up to two years in prison and/or an unlimited fine.

“If it was done knowingly or recklessly it’s still a potential breach.”

Consumers have rights, but National Trading Standards says not many people know where to go to complain.

It wants anyone who thinks they may have been dealt with unfairly by a quick sale estate agent to get in touch.

People can also complain to one of two government approved organisations: the Property Ombudsman Limited and the Property Redress Scheme.

To be an estate agent in the UK you must be registered with one of these schemes, which are able to issue financial awards to people who’ve been left out of pocket.

Mark Hayward, the chief executive of the National Association of Estate Agents Propertymark, says people must do their research and find an estate agent – quick-sale or not – that works for them.

“I would warn people to make sure they’ve read the small print and to not be pushed into any price they’re not comfortable with,” he says.

“The safest way to get an estate agent is to look for one that is regulated and has professional indemnity insurance.

“[Your house] is your biggest asset, don’t be rushed into making any decision.”