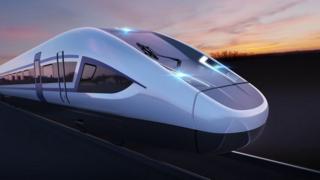 Earlier this week a leaked draft copy of a review into the HS2 high-speed railway linking London and the North of England recommended it should be completed despite its spiralling costs and delays.

However, it’s just one of many projects around the world whose scale and complexity has led to delays, higher estimated costs and public backlash.

“Part of the problem is they are mega projects,” says Liz Jenkins, a partner at global law firm Clyde & Co. Projects often overrun, and big ones more so.

So what other schemes are struggling to get over the finish line?

Crossrail will bisect London, linking Reading in the west with Shenfield in Essex in the east, and increasing rail capacity in London by 10%. It was due to open in December last year but may slip past its new 2021 deadline.

It seemed to be going well until it came to testing the signalling, says Ms Jenkins, when the biggest problems emerged.

At that point, people forgot that until then things appeared to be running smoothly.

The cost of Crossrail could now reach £18.3bn, more than £2bn over the original budget.

The Department for Transport says it is “considering” where this new funding will come from.

In California, another high-speed rail line is late and more expensive than planned. A 2008 referendum approved a $10bn (£7.8bn) budget to begin a rail link between Los Angeles and San Francisco.

The project is now $46bn over budget and at least a decade behind schedule.

In February, California governor Gavin Newsom suggested he would concentrate on finishing a central stretch of the railway where building has already started. But the plan would exclude the two big conurbations the line was designed to link.

That in part led to the cancellation by the Trump administration in May of a $929m grant. The Federal Railroad administration said the builders had “failed to make reasonable progress on the project”.

Why do big projects go wrong?

The challenge many face is that they are one-of-a-kind schemes, which means managers can’t always rely on past experience to guide them.

There are also safety concerns, says Alan Myers, a retired project director who worked on the Heathrow Express, Channel Tunnel and HS1, the link from London to the Channel Tunnel.

For the Channel Tunnel, which ran over budget, much of the spending was to deal with safety issues, he says. “They were wondering how to manage such a long tunnel under the sea, they needed extra cooling, these sort of things.”

Public objection to big schemes – which has been seen with HS2 – can also hold them back.

In its earlier stages, HS1 was considering four route options, meaning four times the people worried about it running through their back yard, Mr Myers says.

This led to a deluge of complaints which caused delays – although as soon as one route was settled on, the project sped up again.

The project was dogged by revisions to the original plan that turned out to be unnecessary. For instance, the airport’s design was changed so it could accommodate Airbus A380s, the largest passenger planes, only for the planemaker to announce it would stop building the jets several years later.

Top global infrastructure expert Bent Flyvbjerg called it a “national trauma” and an ideal way “to learn how not to do things”.

This 105-storey hotel in Pyongyang, North Korea, was meant to open in 2012, which would already have been 26 years after construction began and 24 years late. It didn’t and still hasn’t.

Construction was abandoned in 1992 when North Korea suffered an economic crisis and it has only continued this century in fits and starts.

The hotel has the accolade of being the tallest unoccupied building in the world. Less favourably, it was voted “Worst Building in the History of Mankind” by Esquire magazine in 2008.

Cost estimates are hard to come by, but in 2012 $180m was spent on finishing the hotel’s facade.

Being unfinished hasn’t stopped La Sagrada Familia, Antoni Gaudí’s masterpiece in Barcelona, from being one of the city’s top tourist attractions. The city estimates 20 million people a year come to look at its spires.

Work on the cathedral began some 137 years ago but is not expected to be completed until 2026 – the centenary of Gaudí’s death.

Progress has been slow because the project relies solely on private donations. It was also interrupted by the Spanish Civil War.

Ticket sales help meet its current annual costs of €25m, according to the Associated Press. They will also help fund the rather expensive building permit it acquired in June, more than a century late.