Huawei says latest US ban based on ‘innuendo’ 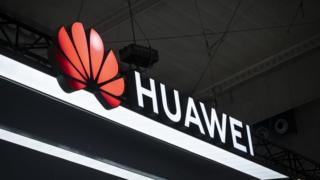 US telecommunications regulators have declared Huawei and ZTE national security threats in the latest action by the US government against the Chinese tech giants.

The Federal Communications Commission (FCC) has also proposed forcing US customers to replace equipment previously purchased from the firms.

It said it was based on “innuendo, and mistaken assumptions”.

Huawei had made inroads in the US market, winning customers among rural telecommunications operators with relatively inexpensive network equipment.

But US officials have increasingly raised concerns about ties between Chinese tech firms and their government in Beijing.

In declaring Huawei and ZTE threats, the FCC on Friday cited the companies’ “close ties to the Chinese government and military apparatus” and “Chinese laws requiring them to assist with espionage”.

The agency ordered that money from an $8.5bn aid programme to improve mobile and internet coverage in poor and underserved areas could not be used to buy equipment from firms deemed national security threats.

Lobby group Rural Wireless Association said it was “cautiously optimistic” that members with Huawei or ZTE equipment will be able to comply with the order without disrupting service.

The FCC has estimated that replacing the equipment would cost about $2bn.

Huawei criticised the FCC’s actions, saying they would have “profound negative effects on connectivity for Americans in rural and underserved areas across the United States.”

It added that the FCC had presented “no evidence that Huawei poses a security risk. Instead, the FCC simply assumes, based on a mistaken view of Chinese law, that Huawei might come under Chinese government control.”

The US has alleged that Huawei’s equipment could be abused for spying and urged other countries to bar Huawei from 5G networks,

The White House placed Huawei on a trade blacklist in May citing national security fears. The move barred US firms from doing business without special approval.

The Commerce Department had offered waivers, including for telecommunications firms in rural areas that relied on Huawei’s equipment to continue to receive service.